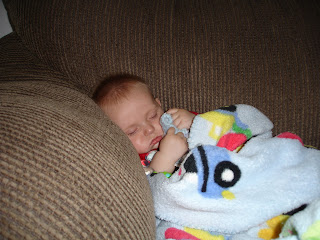 We are here! (I guess we have been for a week though) Our internet and cable just got hooked up today and I've been dying not having the internet. My house is pretty clean though as a result of no internet, lol. (With the exception of Chandler's room where he plays so much.) I also need to find some bedding for Chan's room, pictured below, and some curtains. The boys have been getting up really early as our windows face the sun when it rises in the morning. I need to do some more decorating as the pictures entail but I'm hoping to get some help from Avry who is only an hour away and has great taste :) 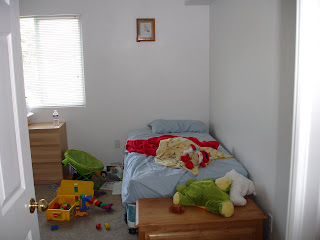 We are loving Utah already. There is so much to do and everything is so close. Super Walmart & Target are about 5 minutes away. We live right by Thanksgiving point, and Lehi has an awesome community center where we've gone swimming already.
I like our apartment - it's nice to have some space. It's a 3 bedroom 2 bath and about 1100 square feet. It's also SO SO nice to have air conditioning. Besides the 4 months we lived in MN, this is the first time we've had air conditioning - love it. My only complaint about the apartment is the white countertops in the kitchen and bathrooms, who thought of that one? 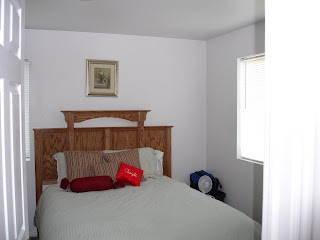 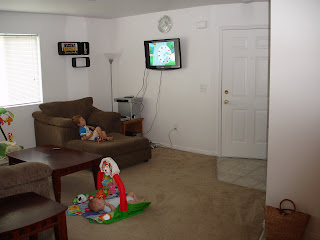 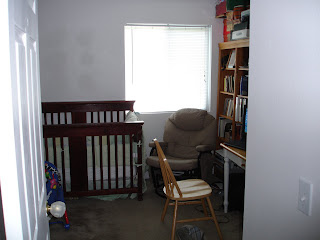 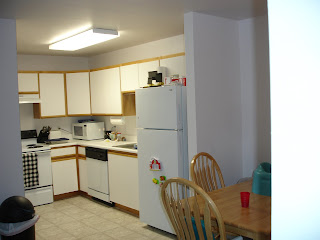 I feel like so much has happened but our transition has been fairly smooth. Just to recap some things that happened this last week:

* Chandler stuffed bunch of styrafoam up his nose and it was coming out for a day afterward. Hopefully it's all out and we won't have to make a trip to the dr.

* We went to Ikea for the first time. (We live 5 minutes south of the one) I love this store, it's amazing! We got Chandler a little dresser there.

* Rowan started rolling front to back and back to front. He isn't rolling all over yet, but can do it occasionally!

* Marshall started his first day of work on Monday. He says it's a lot to take in but really likes it so far. I like that he works only a mile away from where we live.

* Chandler was in the bath tub and told me he had pooped. I went to check, and no poop.. ? A few minutes later he was in the kitchen yelling "oh no! Gross poop!" He was standing in the kitchen naked screaming at what he'd just done on the floor. You get the picture. But hey, maybe it means we are closer to potty training.

* We went to our ward for the first time and I really like it. We have 4 apartment buildings and townhomes in our ward. After a visit from the relief society presidency , I was informed that the average age was 25-35, there are 4 nurseries, and get this one - there will be 29 sunbeams in Chandler's class next year. Crazy - and as Avry told me last night - Welcome to Utah, lol.

* We went to a playgroup on Monday and realized there are many moms that have kids almost the exact age of Chan and Rowan.

*We hung out with Marshall's good friend that moved when we were in Jr. High. He and his wife live just a few minutes walk away.

* Chandler was a monster the first few days we were here and I imagine it was due to being ripped out of his comfort zone in Idaho. He refused to eat and threw a fit about everything. On one particular occasion he ate 1 bite of spaghetti and said he was all done. We made him sit there until he ate more. After 45 minutes of sitting there he devoured his whole plate and proceeded to eat off of Marshall's. 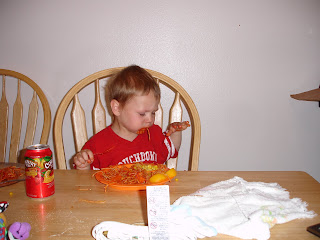 *We've got a park across the street and have gone there a few days this last week.

*We bought a washer & dryer off ksl.com and the washer is leaking...great.

*We got a new Samsung 32" lcd tv which Marshall mounted on the wall so Chandler can't touch it. We also got a 3 year warranty on it as we've had 2 lemon tv's since we've gotten married.

*I took Chandler to the discovery garden at Thanksgiving Point yesterday and he had lots of fun there.

So I guess that's it as far as this last week goes. This post has been pretty scattered but I guess that's due to the way I've been feeling this last week trying to get everything in order. I'm glad we had almost a week before Marshall started work. He helped so much in getting the apartment together.

Oh and we've also met some interesting people, particularly one person we met at the park. I'll leave that story for another day though...
Posted by tiff snedaker at 1:07 PM

Fun, Fun. Getting a new place is exciting. Are you going to paint? That is always my favorite part. :o)

I'm jealous of your TV! I got your Scentsy money yesterday. Sounds like a lot of new changes for you. That is awesome there are a lot of young people in your ward. We've got to talk sometime, I've got a ton of questions for you! I am so excited that we won't be that far apart. We are looking for a place somewhere in the valley so Jeff will just commute to Park City.

I'm glad you're getting settled in, everything looks really good! It took me MONTHS after moving to get the place looking like a home, so kudos to you! It sounds like you really like the area you're in, and I hope the job keeps going well.

Thanks for the update. What kind of TV is it? Ethan's been searching for one.

Hey nice place! Looks like you've got some room there! Glad you are back online. I was getting worried. I'm in the same boat as you on the kids bedding- if you come across anything good, please pass it on!

Sounds exciting! You're apartment is cute...I'm glad you guys are settling in okay.

Miss you already but it sounds like you are doing really well in Utah!

That is how our ward is-four nurseries, four sunbeam classes, and each class has about 7-9 kids in it. Definitely welcome to Utah!

who was the babysitter in the "living room" picture? Baby Einstein?
Glad to hear everything is getting well situated!

Sounds like a great place to be- gotta love Super Wal-Mart & Target! I'm not too familiar with Utah, but isn't Lehi close to American Fork? Ian and Mandy Walser live there- remember them?