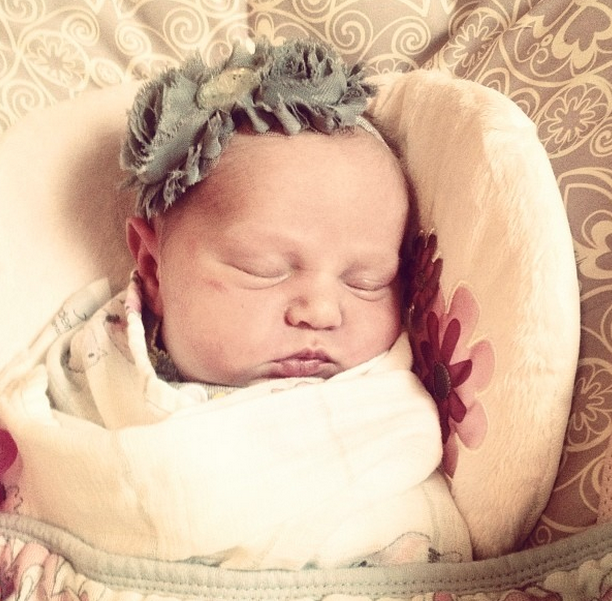 Right now, we are trying to get into the swing of things and I'm recovering from a c-section which has been hard and painful thus far.  Nova is a sweet and beautiful baby and I love holding, snuggling and nursing her.  More pics and her birth story to come!

I *might* be a little excited at the fact that I will be holding my new baby girl next week.  :)  Embracing my last week of pregnancy. 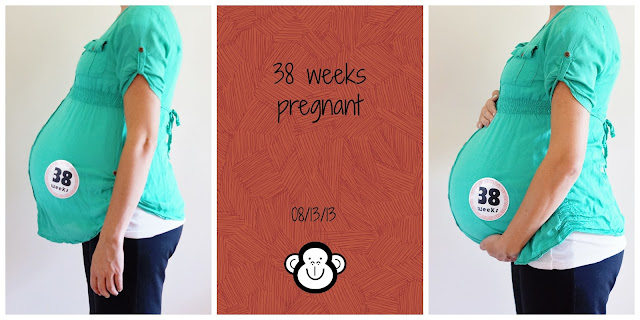 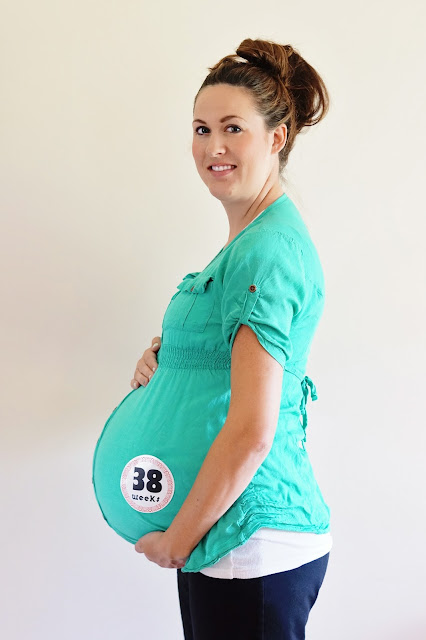 It's hard to believe that in 2 short weeks we will be a family of 5.  I can't help but think back to when each of the boys were babies and realize how quickly they've grown up.  Rowan has been my baby for 5 1/2 years and Chandler is going to be baptized in a few short months.  I'm so excited for what lies ahead but sad to see them growing so fast.  They are also both going to start school in a few weeks. Chandler will be in 2nd grade and Rowan in Kindergarten.  We got them some new school clothes and they look so cute in them! 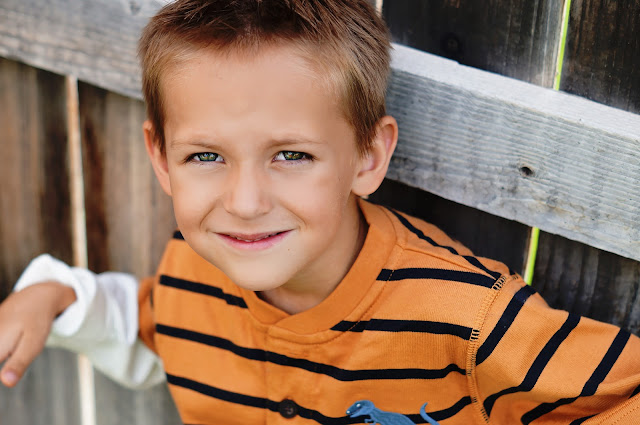 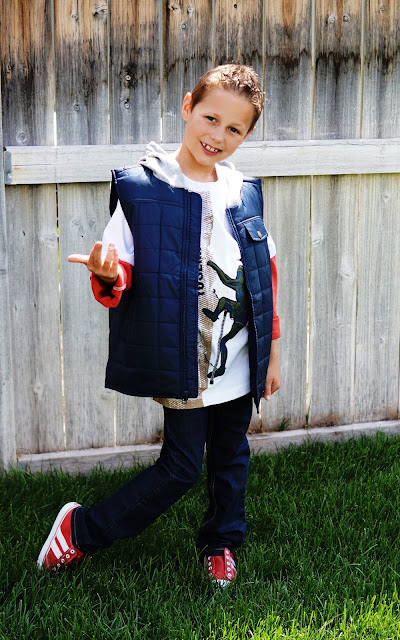 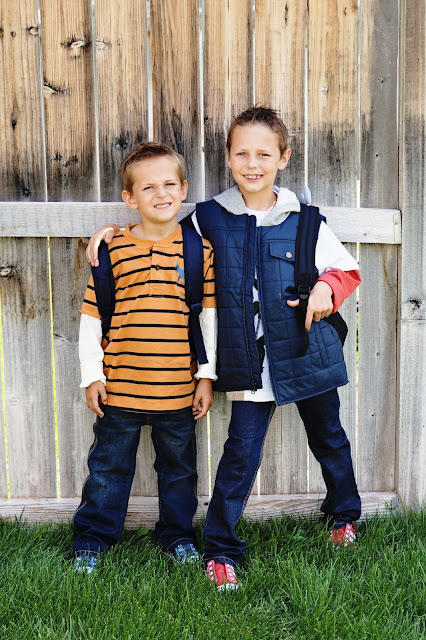 Posted by tiff snedaker at 10:05 PM No comments:

Back when we were in high school, Marshall got a little 1988 Honda CR-X.  It was a perfect little 2 seater high school car.  Small, got good gas mileage and was dependable.  When he got the car, I think his parents were hoping that it would last a few years since it had a LOT of miles on it.  It made it through Marshall and his 2 younger sisters before they sold it.  I think it had something like 250,000 miles on it by the time they sold it like 7 years later.  Marshall loved that car.  He put a nice stereo system in it and I have lots of memories of riding in it too.

When Honda came out with their CR-Z a few years ago, Marshall was so excited to see that they were making his high school car again.  We talked about it a while back, realizing that it would be a good commuter car.  A few weeks ago, I happened to be on ksl and found a great deal on a 2011 Honda CR-Z.  Our 2004 Honda Accord had 190,000 miles on it and while it was an awesome car, I think we were ready for something with lower miles that got better gas mileage. 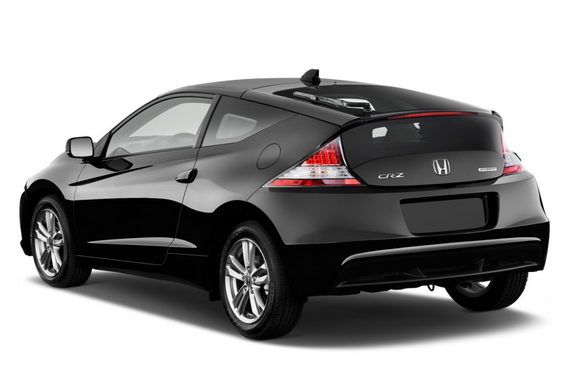 Marshall went to test drive the CR-Z and fell in love with it.  It's a hybrid, so it gets about 45 mpg which is SO nice.  It only seats 2 but is the most perfect commuter car, so he traded in our accord for this sporty little CR-Z.  It only has 20,000 miles on it and we've never had a vehicle that new or with that low of miles.  We've learned the hard way which brands of cars we can trust, so we will always buy Toyota and Honda when it comes to cars.  I'll admit it's a fun little car with a lot of awesome features and I think Marshall is just a *little* excited about it. 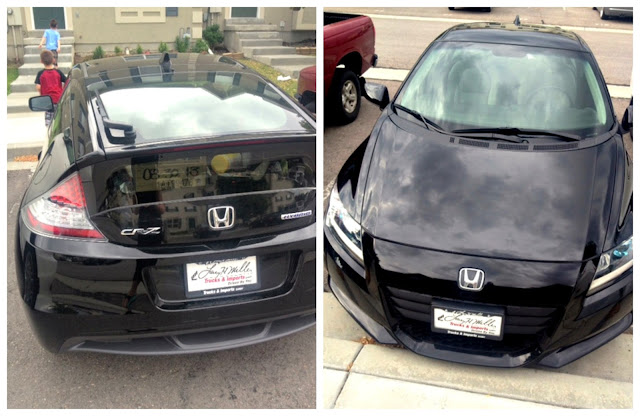 This year on the 24th of July we hadn't really made a lot of plans.  Marshall was out of town for work and I knew I wanted to do something fun with the boys.  My friend Traci and I decided to take our kids to Classic Fun Center in Sandy.  They had unlimited activities for $5, which was a steal.  They have blow up toys, roller skating, laser tag, water slides and more.  We spent a good portion of the day there and the boys had so much fun.  Rowan really loved laser tag and was really into it.  I tried to get a good picture of the boys together and they were just in a really silly mood.  This was the best one from about 10 that I took. 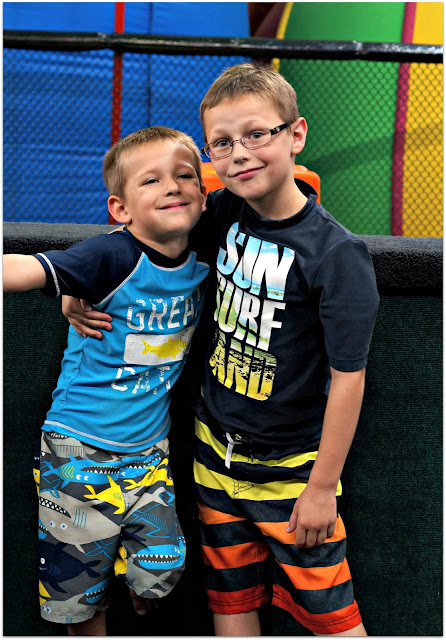 The water slides were fun and because the pool at the bottom was only 3 feet, Rowan could go on it without me and still touch at the bottom which was really nice.  It was also fun that they had other kids to play with and Traci's daughter did a great job helping the boys in the slides and such. 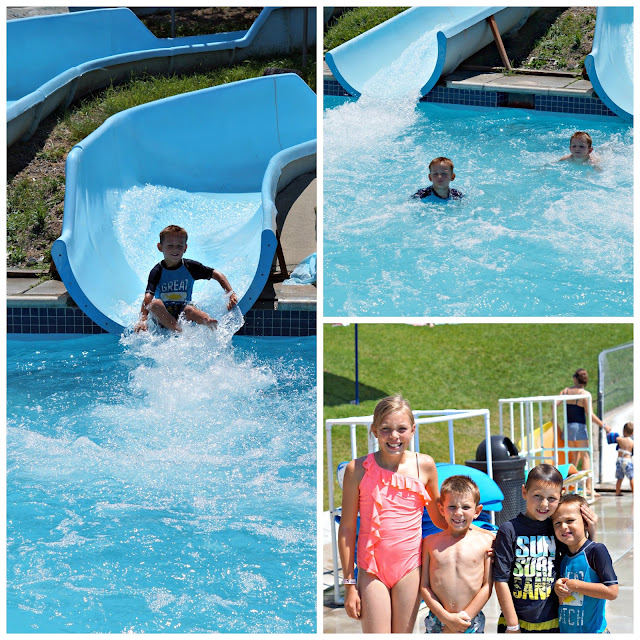 That evening, we had a neighborhood barbecue.  I didn't get any pictures but there was great company and lots of good food.  We ended the night with fireworks.  Our neighbors had a bunch of really awesome ones.  The whole neighborhood ended up getting sick with some sort of food poisoning which is the downside to the barbecue, but luckily it was one of those 12 hour bugs.
Posted by tiff snedaker at 11:21 AM No comments: