My baby is 5.  My BABY.  Seriously, it makes me want to cry because in all honesty, I don't know where the time has gone. 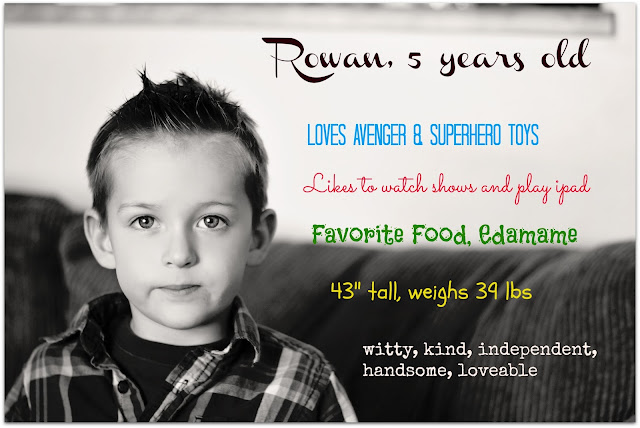 Rowan turned 5 on the 17th.  Marsh had to be out of town for business, so he put together an impromptu surprise birthday party for Rowan.  While we were at Chandler's basketball practice, Marsh got a cake, decorated, wrapped all of the presents, and set out Avengers costumes for the boys for an Avenger birthday party.  (I think he should be the wife and not me.  He's so much better at this type of stuff.)  Rowan was so surprised and so excited to see everything when he came in. 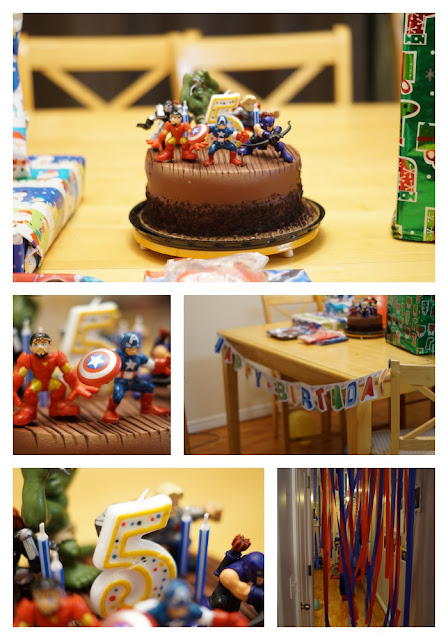 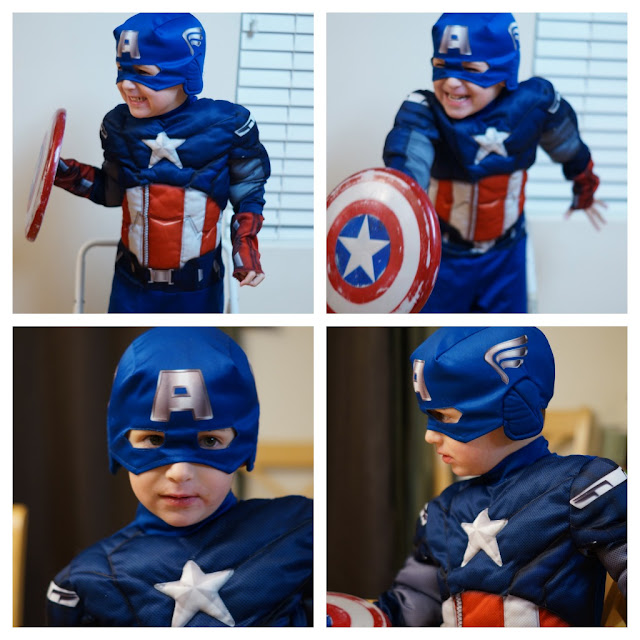 He opened presents which included a Batman Jail, and Medix, the only Transformers Rescue bot he doesn't have.  Yes, he has every Rescue Bot that Hasbro makes, but when you like something, that's what your parents get you for every holiday. :)  He also got a Spiderman spy kit from Gma&Gpa Snedaker, and money from Puppy and Papa Nielson. 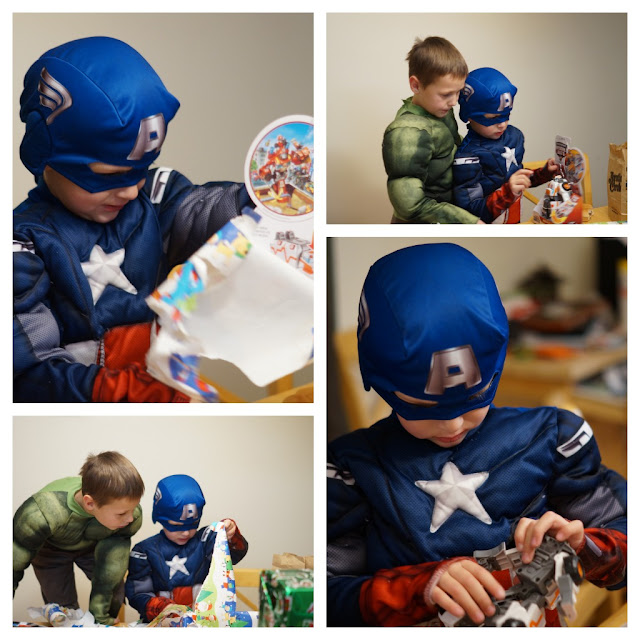 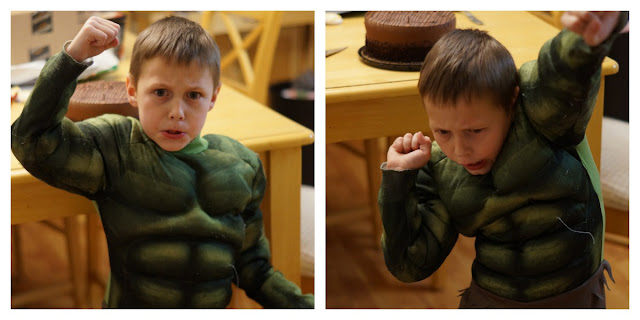 The day of Rowan's birthday, I picked both boys up from school and we headed down to Chuck E Cheese.  We bought 100 tokens and I let the boys go to town.  We went on a Thursday afternoon and there was basically nobody there, which was really nice.  The boys had SO much fun.  Then we went to Carl's Jr. for dinner.  Last, we went to Target to get Rowan a toy with his birthday money from Puppy & Papa.  We went down a clearance isle and saw two really awesome toys marked 70% off.  One was an Ironman Headquarters and the other was the Transformer Police Bot Station.  They were both normally $30 and $40 toys, but he was able to get them both for $20 which he was so excited about!  We came home and the boys played toys and we Skyped with Marshall.  Rowan declared it to be his best birthday ever.  Let's hope we can top it next year!
Posted by tiff snedaker at 10:50 AM

I could die. Your boys are so funny and so cute in the superhero outfits! LOL Go Marshall for the surprise party! Maybe he can plan my 40th this year. ha! What a handsome boy Rowan is. Yes, time goes by way too fast.

Happy birthday to your handsome little man! I love that first picture of him...what a stud. Way to go Marshall on the party! Looks like it was a blast for everyone.