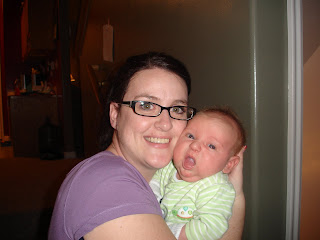 Avry & Rowan (Great picture of Rowan, eh?)
Last Thursday and Friday Marsh & I made a trip down to Utah. He had a couple job interviews scheduled in Salt Lake and was flying out Friday for a one day excursion to Anaheim, CA for a job fair. He was originally going to go by himself but suggested that I come since we were staying at my sister's and it's been about 3 months since we'd been down there.
He had one job interview at 4 and another at 5. I had my 6 week post partum check up at 11 so we were going to go from there. I got to my appointment and it was pretty uneventful. I found out that the infection I had was cellulitis. Glad that I got on top of it and got put on an antibiotic for it sooner rather than later. Everything looked good though, infection is all gone. I had to feed Rowan before we got on the road and as it was 12 already I thought we would be pushing it for Marshall's 4:00 interview. As we were getting ready to get on the road, he informed me that his 4:00 got rescheduled for this Tuesday. I was a little disappointed as it was a company he was really excited about and that meant he would have to make another trip down this week. Right before Downey the car started making funny clunking sound. I immediately thought, "What now?" You see, this winter has been hard on our little Ford Focus. I backed into a garbage can about 6 months ago, alas the tail light is gone, our bumper is also ripped off in the front and driver's side from all the lovely snow we got this winter. Last night our hubcap also came off on the passenger's side after hitting a huge pothole but luckily we were able to find it and put it back on. I will take a picture of our sad redneck car later...
Anyways, when we started hearing this clunking sound I checked in my rearview mirror to see that the back passenger tire was flat. We pulled over and Marshall put the doughnut tire on in less than 10 minutes. I'm sure it would have taken me 45, lol. Rowan started screaming as soon as we stopped and wanted to be fed again. Gladly we were close to ghetto Downey and there was a tire repair place there. We met my sister Avry in Syracuse so the kids and I could go home with her and Marshall continued his journey down to Salt Lake. Funnily enough, he got to his interview at 5 on the dot. He was really glad the other interview had gotten rescheduled. The interview he had was a PR (Public Relations) job. They want to hire him but wanted to know how passionate he is about PR. He is studying Advertising/Communications and after talking to this company realized he would really not be happy doing PR. He's going to network through them though to see if any other jobs come up.
On Friday, Marshall flew out to LA for the job fair. He left my sister's at 4 am and didn't get back until almost midnight that night. All in all, he's chalking it up for the experience as he didn't really find any companies he was interested in down there and I'm not feeling that excited about living in California. I'm rooting for Salt Lake as I have a brother and sister down there. He has 2 interviews on Tuesday down in SLC so I am keeping my fingers crossed.


Friday morning my sister had to work from 9:30-1 and I was car-less so she dropped Chandler, Rowan & me off at the Gateway mall. They have a Children's Discovery Museum there and Chandler loved it. 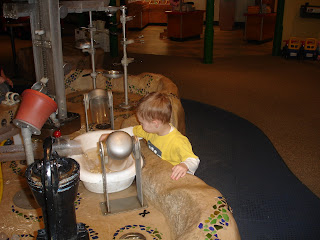 Chandler playing in the water area 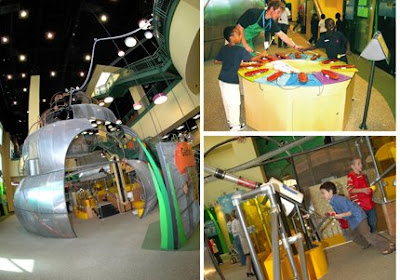 Here are some shots that I took from the children's museum website. I wanted to take more of Chandler there but my camera went dead. 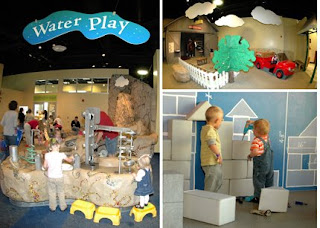 We spent about 3 hours there, and I'm so glad I had a front pack carrier for Rowan or there was no way I could have done it by myself. Everything was hands on and Chandler especially loved the water area and the Sesame Street Exhibit
The sesame street was one that is a special exhibit that is only there for a few months. Chandler kept saying "Elmo's world!" while we were there, it was pretty cute. The exhibit was all about the body. 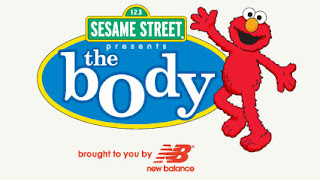 It was a lot of fun to hang out with Avry and her kids were just great with Chandler and Rowan! Thanks for letting us come stay Avry & Justin!
Posted by tiff snedaker at 1:41 PM

Hope Uncle Tim doesn't see what you called his home town Downey. Downey is one of those towns I think time forgot. The kids museum looks fun. Glad you had a good time

Sounds like fun... good luck with the job interviews in Salt Lake!

Wow, that looks way fun. If Marshall gets the job in SLC and if I can convince Jeff to transfer there, we could go do fun things like that all the time! Oh yeah, and I am totally serious about Disneyland...the boys would have so much fun. One of our fam goals this year was to save up to go next summer. It was way fun hanging out tonight and chatting. Good luck to Marshall in his interviews tomorrow!

We had fun! our home is always open to family! :)

glad Marshall made it in time for the interview. Ah yes, your sad little car. boo hoo. I had to laugh at the bumper when I saw it recently!