Marshall and I have been married 7 1/2 years. In that time, he's had 8 jobs, 6 months of unemployment, and started his own business. A little much? ;) On the way home from the store tonight, we were joking a bit about it. Marsh said looking back on it, others might think he couldn't hold a job. Not really the case. If you know Marshall at all, you'll know he's definitely an over achiever. He's not happy just doing something straightforward, likes to think out of the box, and is always going above and beyond. It's quite amazing really and I have wondered many times why I can't have the drive that he does. 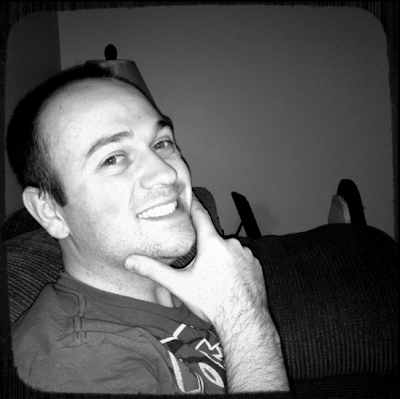 When Marshall took his 7th job 2 years ago, it was with Franklin Covey, Speed of Trust. He was a Marketing Administrator and was extremely excited about the job. Over time, it was evident that he would have to win the trust of many in his office. I can remember countless times where he would come home, frustrated that there were certain factors where he felt like he was limited. He wanted to go above and beyond but was shot down many times, or told he didn't know what he was doing. There were also a lot of places where he was appreciated though, and he created some lasting friendships and relationships at this job. Along the way, he was able to build relationships with some people at corporate and about 6 weeks ago, he saw an opening at Franklin Covey Corporate for a Marketing Manager in the Federal Government division. He knew it was an opportunity to invest more in his career, so he applied. After 2 interviews, he was offered a position. He knows in part that the practice leader at Franklin Covey who worked closely with Marshall highly recommended him for the position which we are so grateful for.

Marsh started about 2 weeks ago. Along with a nice raise in salary, he's got some more freedom to be creative and is loving his job so far. There's potential for growth and advancement opportunities with this company, which is really exciting. His commute is a bit longer so we are hoping to move up North a bit more, but that probably won't happen for another year. The market for selling homes isn't great right now and we're leering about renting out our town home. Plus, I think we'd rather get out of debt and save for a nice down payment before looking into buying another house. I'm excited to see where this job will take him, and I couldn't be more proud.
Posted by tiff snedaker at 8:45 PM

Congrats on the new job!

That's great he's so ambitious and exciting he was rewarded with a promotion and a raise! Sounds like lots of fun changes for your family.

so happy that things are working out better. Your description of Marshal is right on.