So today was my 36-37 week appt. Group B strep came back negative, so I don't have to worry about that. I lost 3 lbs this last week which is totally ironic because between 36-37 weeks with Chandler I gained 9 lbs. LOL - what water retention will do to you! Winter is definitely the time to have a baby! He's measuring big and Dr. Allred really thinks this baby is going to be another big one. He said if I haven't delivered by 39 weeks he wants to do an ultrasound to try to estimate better how big the baby is. I'm going to laugh if he comes out a 7 pounder. Everything else looks good. I guess I'll stick to my current diet of candy and more candy since it seems to be working this time - weight today was 172.

On another note, Marsh finished up Fall semester last Friday. He's working full time during the break but it is SOOOO nice to have him home a little after 5 every day instead of 7 or 8. He will finish up December at EZ net tools and then have a week off before he starts his new job with the scroll. I think he ended up with great grades, all A's & a few A-, except his Economics class which he got a C+. I wonder if he even deserved that, lol. I didn't see him open his book once during the semester but that class wasn't as much as a priority to him and he didn't care too much for it. We were talking the other night about how his Comm teachers think a lot of him as he is a great student, is always in class, a good leader & makes good comments. I'm sure it was exactly the opposite in his Economics class. lol. 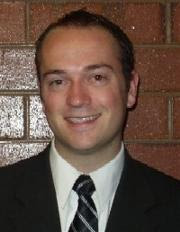 He was also released from the bishopric this last Sunday. I think it was a really bittersweet day for both of us, especially him. He's put so much into this calling the last couple years and he said if anything it makes him realize how grateful he is to serve in any capacity within the church. After he was released, he came down to sit by me and I think it was hard for him to keep his emotions in tact. As for me I didn't keep my emotions in tact and was bawling halfway through sacrament meeting. I think that could also be due to the fact that I'd worked the night before and was going on less than 2 hours of sleep. It was incredibly nice to have his help though and enjoy the meeting. I honestly think that if he hadn't been released, I would have had to have someone sit with me after this new baby came. Chan is good for about 15 minutes since we have sacrament meeting last and he's been playing for the first 2 hours. Anyways, I have to brag on my man for a minute - I can't believe how well he's been able to balance everything with his calling, work, school & our family these last couple years. He never ceases to amaze me and is such a great father and husband. Ok, now that you are all gagging from how corny I'm sounding, I'll move on.

Chan is finally putting more and more words together and it's so nice to hear him talking. He still really doesn't speak on demand but jabbers away when it's not expected of him. He knows all of the parts to his face but the other day he just started naming them off while he pointed to them. I think my jaw dropped as he named his eyes, ears, nose, mouth, teeth & hair...maybe because he's never done it before :)

Today Chan and I are going to make some holiday treats for our home teachers & the girls I visit teach. Should be fun.
Posted by tiff snedaker at 11:10 AM

Can I be one of the first to thank Marshall for his service? He's been a wonderful asset to our bishopric and having dedicated the first two years of his son's life to sitting on the stand, he's been a great example to a lot of men in our ward. Matt and I were hoping to hear his "final" testimony - maybe in January? Anyway, Thanks Marshall!

What a semester! Sometimes you wonder how you make it through, but the Lord always provides. It was definately a bittersweet day on Sunday. Carson kept wanting to go up and sit by Marshall (sorry, the last thing you needed was another toddler crawling over you). What a sacrifice to sit alone for 2 years!

Did the entire bishopric get changed out? I am grateful for Marshall's service too...although I was only there for the first year (or less), he always helped with a smile and always showed love for everyone he came in contact with.

I am glad you are able to have him with you now...I am sure it will fill a little different, but in a good way!

okay, marshall sounds like a good guy, since I don't really know him, just you! But...you look great for being so prego, go candy!

Lila - Lacy's moved last April and we got a new 2nd counselor, brother Birch. Bishop Fillmore is still the bishop though.

it's sad that he got released, but it's good for you guys. It will be nice having him home at an earlier time.
I hope you have the baby soon!

Aww what a great tribute to a great guy. I am sure he won't know what to do with himself with his free time over the next couple of weeks- no school, no calling & no job for a week whew!! Take advantage of that time! :) Glad to hear about Chandler's little milestone.

Sounds like you've got a pretty great guy. I don't know how he managed to juggle all of that! Amazing!

Oh, and hooray for candy!