Back in January when I took Chan & Rowan in for well child visits, Chan had a hard time reading the bottom few lines of the eye chart. The Pediatrician recommended that I get him into the eye Dr. for a checkup to make sure he didn't need glasses. I put it off for a bit and finally made appointments for both of the boys this last week. Chandler kept telling me that he wanted glasses but sometimes I wondered if it was because some of his good buddies have gotten them recently. He was also telling me that he letters at school looked stacked on top of each other. After a trip to the eye Dr., it was confirmed that he did need glasses. He's around a -2.00 in both eyes. (I think one eye is a -1.75) but I can't remember which one right off the top of my head. It's funny because Marshall has almost the exact same prescription. Marsh has some extra glasses, so while we were waiting for Chandler's to come in, he wore Marshall's. I'm hoping that his eyes don't get too much worse over the years because my vision is really quite bad. I can't function at all without my contacts or glasses and would hate for it to be that bad for him. We went to Costco to get his glasses since the eye dr. wanted to charge a small fortune for them and we only have a vision exam included in our insurance. After trying on a bunch of frames, he settled on these. 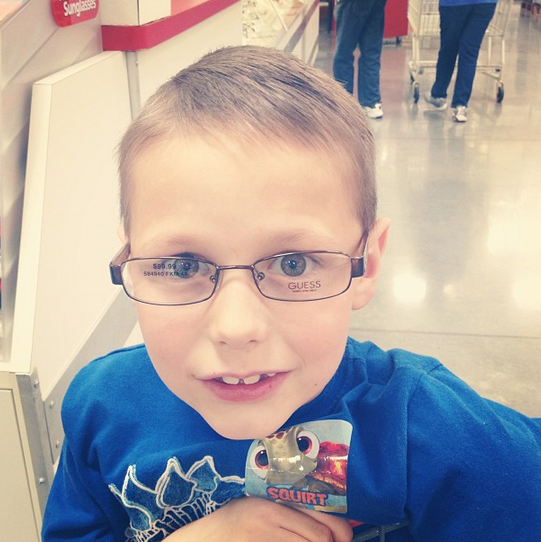 His glasses came in today and we went to pick them up. Chan was so excited and he looks so handsome in them. We were out shopping that afternoon and he kept reading signs and things that were far away and it was really exciting for him. He is supposed to wear them all of the time except when he plays sports. I feel bad we didn't get him in sooner and wonder how long he's been struggling to see things at a distance. Here's to seeing clearer! 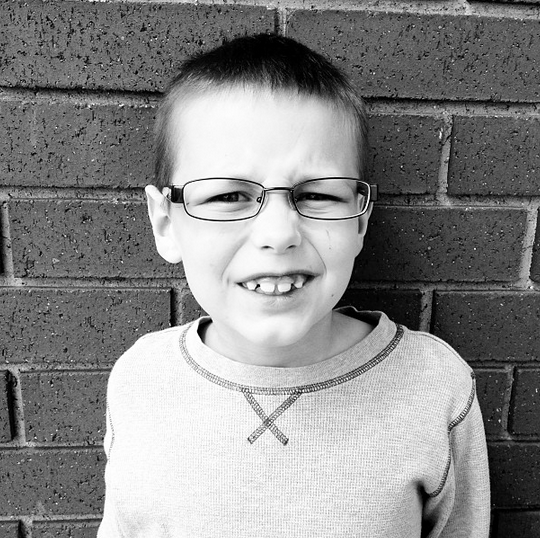 I think I'll be having a similar post soon about Jordan! He is having a hard time seeing and I need to make an appointment and haven't. Jason has perfect vision but I'm like you and can't function without glasses/contacts! I started wearing glasses in second grade and was hoping my kids would inherit Jason's eye genes. Guess we'll see! He looks super cute in his new glasses and it's so nice to be able to see clearly! :)

So glad he can finally see again! Carson was so excited that Chan got glasses too.