School started here the 3rd week in August.  Chandler missed the first few days of school due to us being gone to Island Park.  When the time came, he was really excited.  We went and met his teacher before school started and she seemed really nice.  We are almost 2 months into the school year now and just had our first parent teacher conference.  I wasn't able to go because I had to work that day but Marshall went and took Chandler.  His teacher said he was doing great.  He's a really hard worker, listens and is doing well in his school work.  He is really ahead on his reading and his teacher said he really needs to be reading chapter books because other books aren't challenging enough.  Chan reminds me a lot of myself at this age.  I really loved to read and would read anything I was able to get my hands on.  He's also doing great in other subjects and is really interested in things around him.  He's been on a kick with natural disasters and wants to know more about them.  He brought books home from the library on floods and hurricanes.  We spent an entire evening watching videos on youtube about flash floods too.  He's at that perfect age for learning and is constantly asking questions.  He's making lots of friends and even has a couple of girls in his class that are good buddies.  The one kissed him one day during class and we had to have a talk about that. ;)
Chan started the year out refusing to eat hot lunch.  We finally persuaded him to try and it and he says he's so glad he did.  I think he likes not eating the same thing everyday. 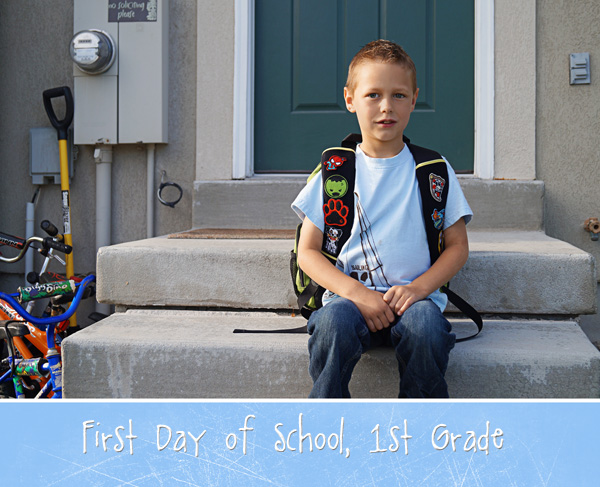 Rowan started back to school the week after Chandler.  He is going to two different preschools this year.  One is a preschool that my neighbor teaches.  She has a cute preschool in her basement.  The other is his preschool through the school district for his delays.  He is gone everyday to school and I think it's been good for him to get back into the swing of things.
He's making progress as far as speech goes.  His IEP goals are to answer who what where when and why questions.  He was able to do so with a 60% accuracy last week which is a huge stepping stone for him.  We still have a long way to go to get him where he needs to be, but I have a lot of faith that we are headed in the right direction.
Rowan is really into playing with friends, being outside and transformers right now.  He would stay outside all day long if he could and he spends a good portion of the day out there.  He's incredibly independent and a lot of times it's his way or the highway.  Although we butt heads sometimes, I think it will be to his advantage later in life if he's always trying his hardest for things to work out in his favor. 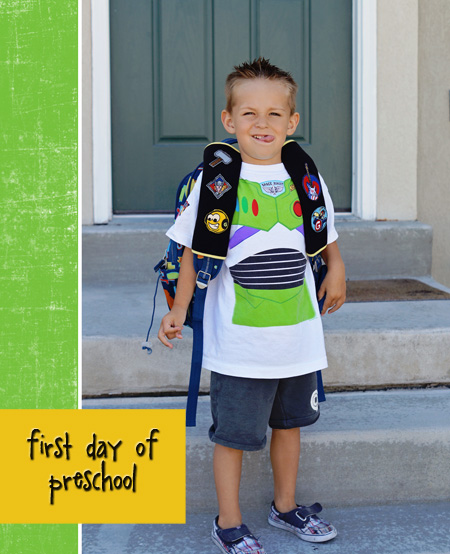 It was weird for me to not have a first day of school this year, although I am studying to take a registry in a few days here.  I'm reaaaalllly hoping that I pass it.  It's been nice to have some time to myself each day to clean, exercise, study, blog and get other things done around the house.  In another sense, it's weird to realize that my boys are growing up and see how fast time really does go.

I can't believe how big your boys are getting! Glad to here that Rowan is making such great progress. That was a huge hurdle for Mady....overcoming the 'W' questions. She still has moments, but overall has done awesome. It's amazing what some pre-school and awesome teachers can do! (including us mommies!) :)