Marshall had been talking about wanting to do something around the back yard since we've kind of just let it go.  There were a ton of weeds, thistles and the boys were also getting splinters from our deck.  We decided that we would finally do something about it.  I didn't really get that great of a before picture, but I came out one morning and Marshall had torn out all of the weeds and thistles and even cleaned out underneath the house and deck.  The picture below is actually after all of the weeds are out, it was really bad before.  Marshall worked for a few summers during and after high school doing landscaping.  I remember him taking me to see some of the projects he had done and worked on, so I knew it was excited to redo this area. 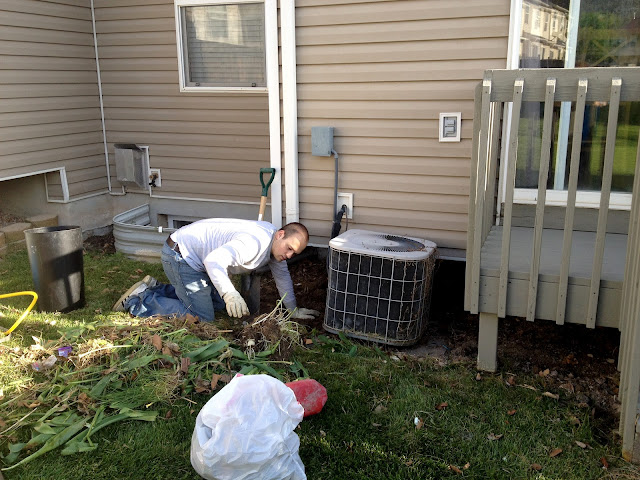 I painted the deck and Marshall did the rest.  He put weed fabric along and underneath the deck and then filled it in with small pebbles.  He then tore the grass out by our window well and created a patio area.  I won a small patio set last summer that has been sitting in storage, and I'm excited to finally have it out. 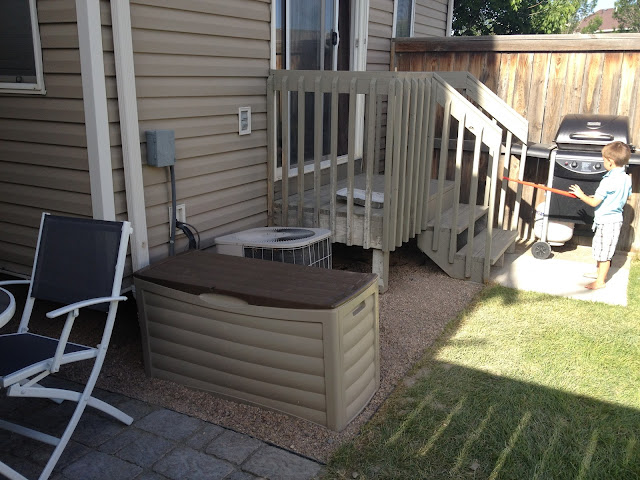 It ended up costing more than originally planned but I absolutely love how it turned out.  It's nice to have a sitting area and we even got a new propane grill.  I got a fantastic deal on it and it's been fun to grill and spend some time outside. 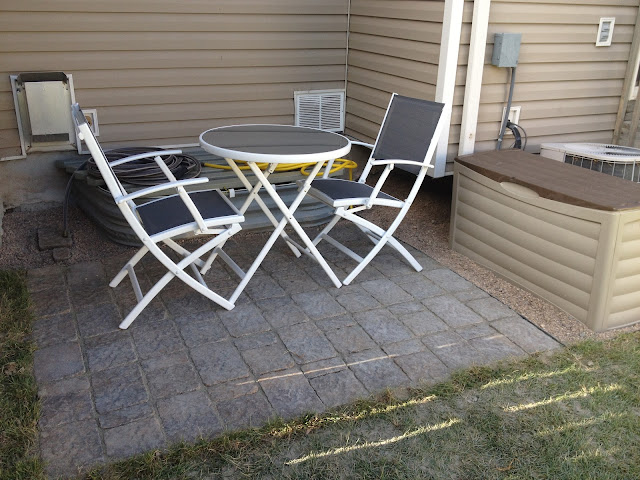 We also finally got a cover for our window well. It's a bit unnerving to say the last when you have a deep window well and small kids. I found someone local who made this one for pretty cheap and it turned out nicely. 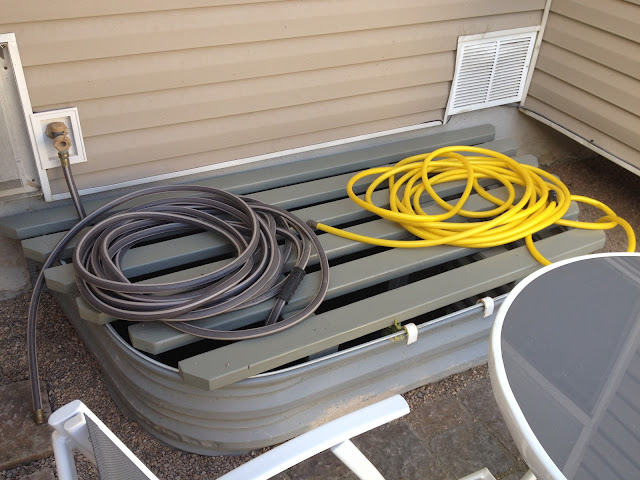 It's been fun to redo a few things and make improvements on our home. Our kitchen is about to get a nice appliance revamp. I'm part of a Maytag blogger campaign and will be getting about $4500 worth of new appliances. I'll be sure to post before and after pictures when they are swapped out at the end of the month!
Posted by tiff snedaker at 10:13 AM

It looks awesome!! Good work! I bet you're pretty excited for your free appliances!

It is amazing how a little bit of effort goes a long ways! I thought it looked beautiful when I was there! Love it :)