So this is a little out of order considering Chandler's birthday was after Halloween but I haven't uploaded these pictures until now. Chan was more into Halloween this year than last year, but I still don't think he really gets it, although he knew the concept of taking candy and putting it in his basket, that made him pretty excited.
Marshall had work until 7 so I took Chandler over to the Rex. It's an entertainment place, has a bowling alley, movie theater, arcade. They were doing a trunk or treat there and since our ward didn't do one, we went to this one. Afterwards, we picked up Marshall and headed down to grandma & grandpa Nielsons. We ate dinner and of course did the trick or treat. We then went to trick or treat at the assisted living center where great grandma Nielson lives. Then onto the Hainsworths. They are an older couple that my parents have known for years. The give out an excessive amount of candy and going there is equivalent to going to 20-25 houses, lol. Of course they made Marshall & I take a big bag of candy too. Lastly, we headed over to grandma & grandpa Snedakers. It was a fun Halloween! 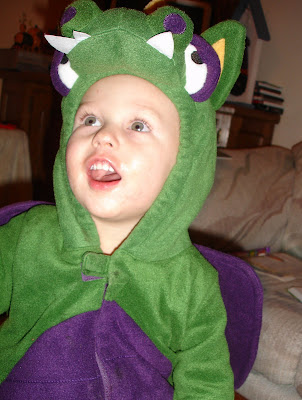 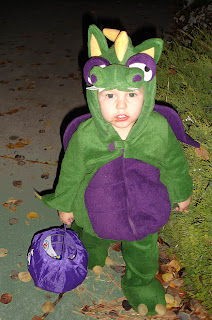 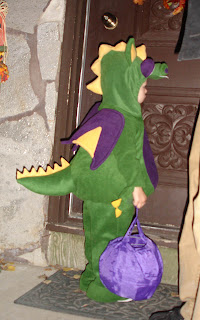 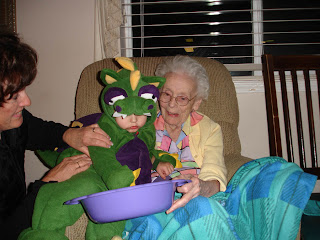 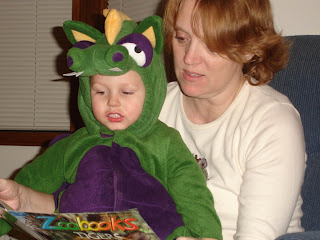 Marshall and I were kind of joking about this picture that was also taken on Halloween. I pulled up one of our wedding pictures and we were comparing it to this one. Why is it after you get married, you put on weight, get double chins, and never quite feel the same? Gotta love it. 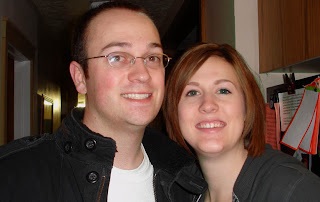 You've got an excuse, Marshall doesn't, blame him. :) And that cake looks just fine. I would have been proud of it!

Uh Tiff.. the double chin comes from you being 7 months pregnant.. Just remember 7 months ago you were in a size 2. Ok so that dragon costume is sooo stinking cute on him & I am glad he warmed up to wearing it. I can't wait to mug on him in 2 weeks!

I love the picture of his at mom and dad's front door - that one hit my funny bone. Soo cute.

And the picture with Grandma, very sweet - she must have loved it.

Gotta love the old navy costumes- they are the best! He looks great, and for the record so you do, double chins and all! ;-)