We had a small party for Chandler with some of our neighborhood friends.  We had a Chuggington theme.  It was funny because I had some Chuggington Party supplies laying around from a review and he was excited about doing a Chuggington party even though Rowan is more into the trains nowadays than Chan.

We decorated with red and blue, and put all of the supplies out.  Marshall set up a couple of the big train sets for the guests to play with as they came. 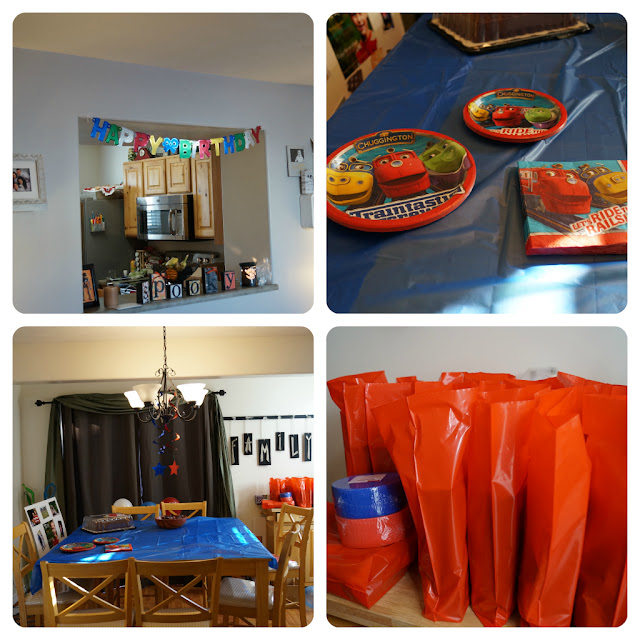 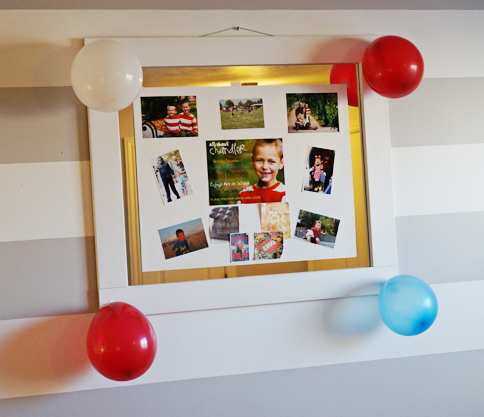 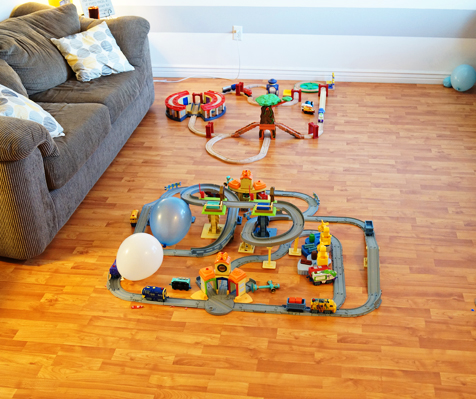 After they played trains and watched a Chuggington episode, we headed outside to play some games.  We played don't pop the balloon, Chugga Chugga Choo, and Conductor says. 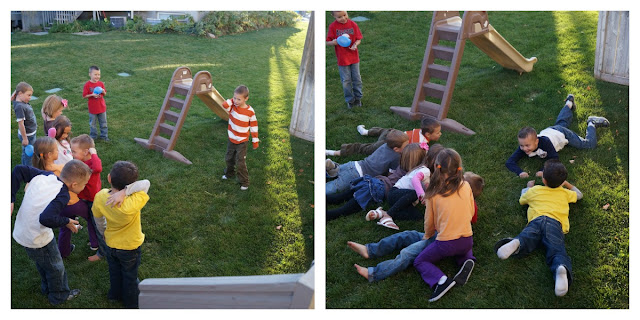 Then it was time to come in to blow out candles, open presents and have cake and ice cream.

Chandler soaked in all of the attention and had a fabulous 7th birthday! 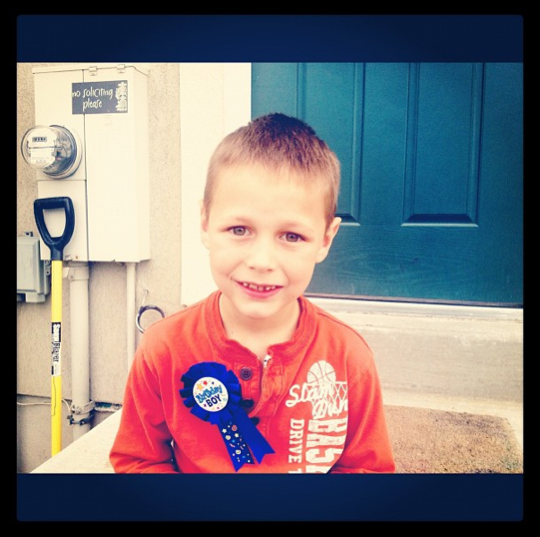 Posted by tiff snedaker at 5:43 PM

Wahoo! Let's here it for age 7. Your new laminate looks nice, it is the same color as mine!

Such a cute party!

I love how you did a poster with pictures of Chandler! I can't believe he is 7!! Where does time go?