One of our many stops while on vacation was to SeaWorld in San Diego.  It was about a 90 minute drive from Anaheim and we got there late morning.  It was the first time the boys and I had been there, but Marshall had been there was he was younger.  Amazingly enough, it wasn't too crowded.  We talked to a local lady who said that some of the other schools had started back and so it wasn't as crowded as normal.

The first show that we went to see was Blue Horizons.  I think it was my favorite show of the day. 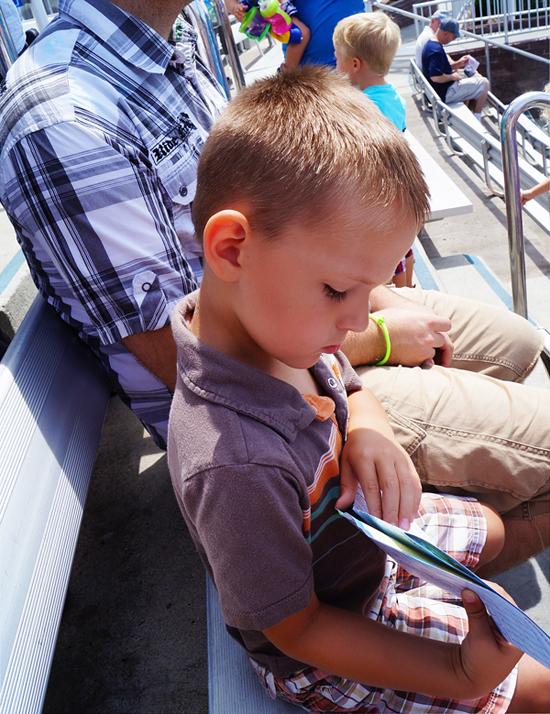 We sat in the splash zone and got pretty wet.  Rowan was actually really mad that he got wet, and Chan literally soaked it in, pun intended. ;) 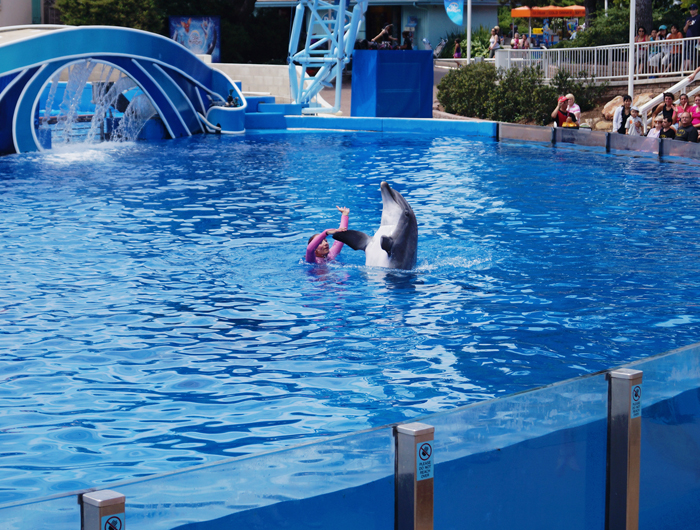 After Blue Horizons, the battery on my camera went dead.  I was a bit annoyed since I was still going to have to haul my camera around all day.  That's when I'm glad that my phone has a decent camera on it.  We went to a bunch of other shows that day including Pets Rule, a Sea Lion Show, and Shamu Rocks. 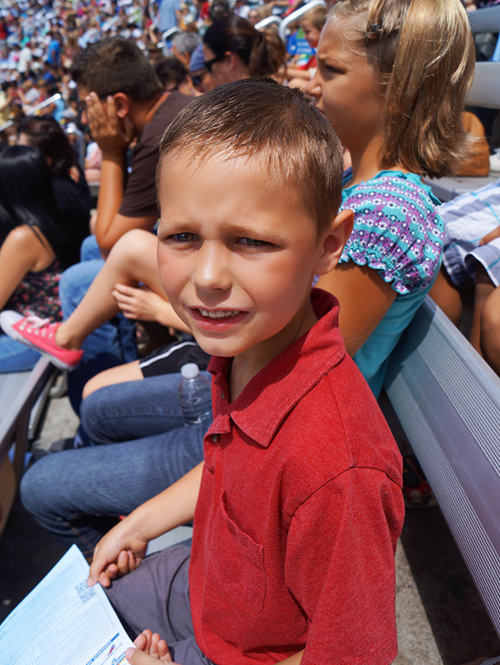 They had an area in the park called Sesame Street Bay of Play.  Marshall and Rowan played here for quite a bit.  There were a lot of kids rides, and the characters were there doing shows.  Chandler and I caught up with them later to go on some of the rides.  They were the back and forth, make your head spin rides.  The boys loved it and wanted to keep going, but I was done after 2 rides.  I don't do spinning things well.


Throughout the day, Chandler kept asking to play a rope game that cost money.  Basically, there is a rope ladder you have to climb.  If you can get to the top, you win a big prize.  He was excited at the thought of winning a prize.  I told him he could do it, but it was only a chance, and not to be disappointed if he didn't win.  He ended up not winning and took it really hard.  He cried and said it wasn't fair.  I took a moment for a teaching experience.  I told him that while games are fun, sometimes they are a gamble and don't guarantee a win.  I told him that he could have taken that money and put it towards a prize that he would be guaranteed to take home.  After discussing it, we went and I let him pick out a shark by his favorite attraction, shark encounter.  He told me that it was much better to have the shark then to play the game and risk getting nothing.  Lesson well learned. 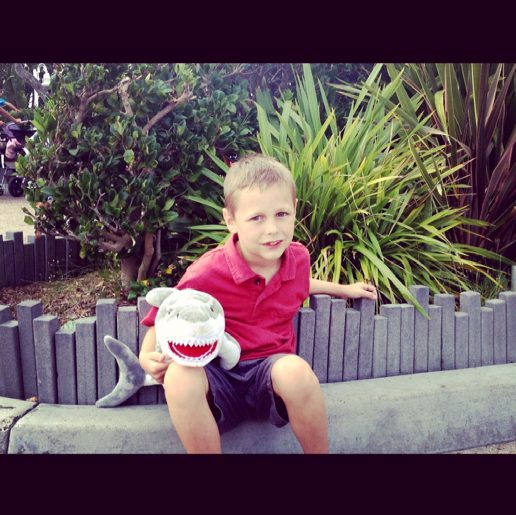 At lunch, Chandler also lost his 3rd tooth!  His bottom teeth have been lost and grown in, but he lost a right front tooth, right next to his main front tooth.  Here he is sporting his grin with one more tooth gone.  It makes me miss that little kid smile.  He's growing up! 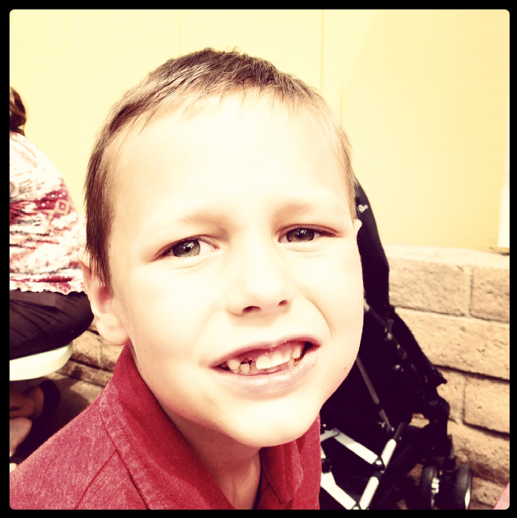 SeaWorld has some rides including Manta, which is their new one.  You had to be 48" to ride, and Chandler is about 47 right now.  He was disappointed to say the least when he wasn't able to ride it.  The line was pretty long anyways, and nobody ended up going on it.

The skytower was a fun little short ride.  You could look out on the bay and it was really pretty.

Chan and I went on a ride called Journey to Atlantis that was really fun.  It was a water/coaster ride.  Rowan was too small to ride it, so he stayed down by my mom and dad.  If you stand right by the ride, you get splashed as a spectator.  After Chandler and I got off the right, we saw a very happy and very soaked Rowan.  My mom & dad said they thought he had more fun playing in the water then he would have on the ride.  Go figure.

We stayed until closing and were all so tired when it was time to go.  SeaWorld was the only park that we went to that I felt like we could cover in a day, although it did take all day.
Posted by tiff snedaker at 11:51 AM