I can't believe that I'm finally getting around to blogging about New York City!  August was such a whirlwind, and by the time we got home from all of our vacations, the kids started school.  I needed a week or two to catch up around the house and now it's my blog's turn.  It was so hard to always lug around my big camera in NYC so about half of my favorite shots are from my iphone, the other half are from my slr. 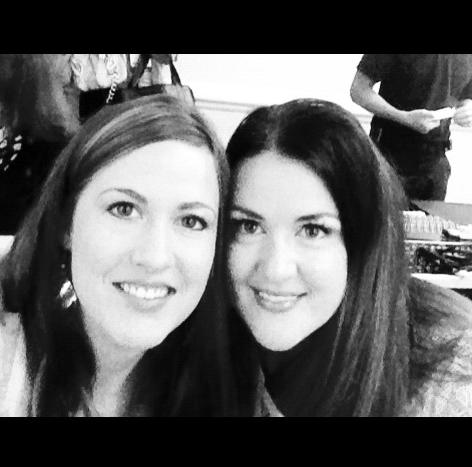 Blogher in New York City was my first big blogging conference.  It was a ton of fun, and a great experience.  My sister Avry started a blog about a year and a half ago, and decided that she wanted to go to Blogher as well.  It was so nice having her there with me.  If you aren't familiar with Blogher, it's a conference where you meet with PR and companies, connect with other bloggers, learn at breakout sessions, and go to sponsored and off site parties.  I think there were about 4500 women there.

We flew out of of Salt Lake on Wednesday the 1st.  The flight to JFK in New York is loooong.  It's the third time this year that I've done the flight and it never gets shorter.  We got in at about 11:30 pm.  The hotel we booked for the first night was less than a mile away from the airport.  We set out to get a taxi and had a car service that said they would take us.  We figured it would probably be $15 or less to go less than a mile.  Once we got there, the driver told us it was going to be $35!  Ridiculous!  A cab will take you to mid town Manhattan for only $10 more than that and it's a 45 minute drive.  All I had was $14 in cash, so he took that and left.

The next day, we got ready and headed into the city.  The conference was held at the Hilton New York.  We couldn't check in until 3 pm, so we dropped our baggage off and headed up to 5th avenue.  It was amazing to be able to browse the stores.  We went into Tiffany & Co., Prada and the Lindt store to name a few. 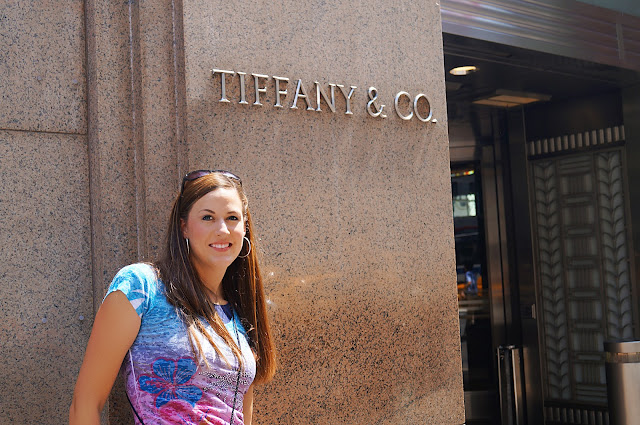 Of course the only place we actually spent money was at the Lindt chocolate store.  The shopping on 5th avenue is unreal, but the amount of people in NYC is even more unreal.  I'm just glad that I don't live there. :)  After looking around 5th Avenue, we went to Rockefeller Center and Central Park.  One thing that Avry and I decided is that it definitely isn't as glamorous in New York as they make it look in the movies.  She kept trying to figure out where they put the Christmas tree at Rockefeller Plaza.

Later that night, I headed to a Pampers Baby Board dinner.  It was great to connect with the other members and those that represent Pampers.  It's been my favorite ambassador program.

After the Pampers dinner, they treated us to a play on Broadway. We went to Wicked and it was AMAZING.  Amazing is actually an understatement.  From the singing to the set, I was in awe the whole time.  A Broadway play is actually on my bucket list, and I was so excited to be able to experience it.  It will definitely not be my last. 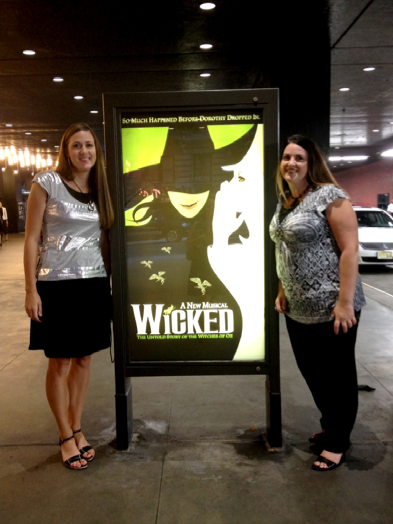 Friday was the first official day of the conference.  My sister and I went to one breakout session and decided it was a waste since a lot of it was information we already knew.  Instead we went to the EXPO hall to meet with brands.  They all had booths set up.  It was great to meet them in person. We also went to the Mom Select Swag Suite which was an offsite event.  (Swag = Stuff)


Friday night, we went to a Harley Davidson party.  We got to experience what it was like to start one up and rev the engine, learned to pick one up off the ground and learned about their clothing line.  My sister and I both won Harley jackets!  I had an awesome picture of me on the Harley but the link to it expired so I'm seeing if I can get it again.


Saturday we spent more time in the EXPO hall, listened to Katie Couric during lunch, went to Getting Gorgeous which was an offsite event,  saw a screening of Timothy Green, visited Times Square, then there was anohter another private party, and Cheeseburgher (A blogher party.)  We were running nonstop.

Sunday we decided to do some sight seeing before we went home.  We had our first experience on the Subway.  I have never felt so claustrophobic in my life.  The subway was so dirty and so hot that I felt like I couldn't breathe.  We went to ground 0 and saw where they are building the new World Trade Center.  It's a humbling experience to see and be in the area where 9/11 happened.

After that, we did a Staten Island Boat tour.  It had stops at Ellis Island and went by the Statue of Liberty.  Since we didn't have a lot of time, we stayed on the boat the entire time.  I loved seeing the Statue Of Liberty - another bucket list item. 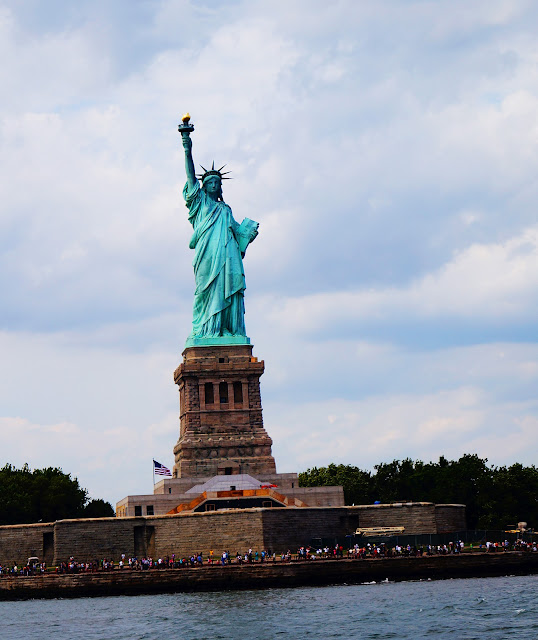 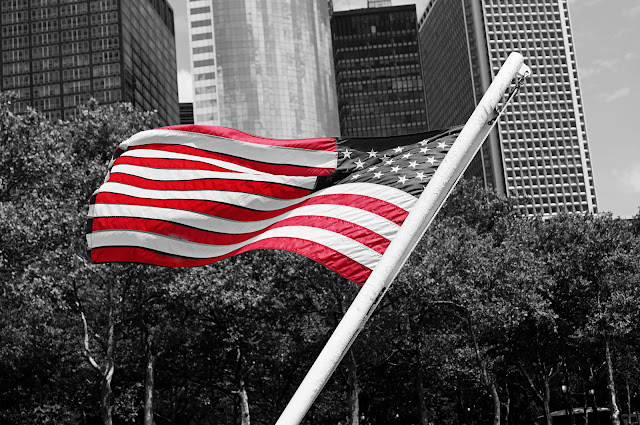 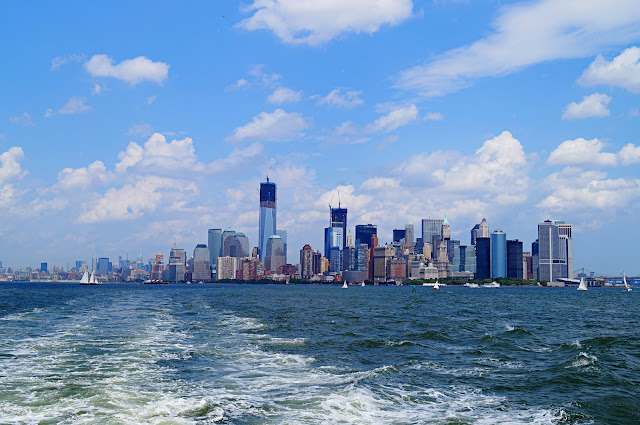 After that, we got a cab and headed back to the airport.

I feel like I've already forgotten so much that happened at Blogher. I guess that's what happens when I wait a month to blog it. I know that I had the absolute best time and it's because of my sister.  We laughed SO much and grew even closer than we already were.
Posted by tiff snedaker at 12:35 PM

Amazing trip! Fun to hear more details about it. That's awesome you got to go with your sister! Sisters make everything more memorable and fun.