Health and fitness are always something that have been important to me. It's become even that much more important and eye opening to me as I've dealt more and more with patient care, and seen others with health problems. In December I decided I wanted to be more consistent with my exercise. I made a goal to exercise at least 4 times a week. In January, I signed up for a half marathon as part of a Slim-Fast goal. My goal is to finish in 2 hours which I definitely think is attainable. Then this last month, I started doing some research on organic eating. After reading quite a bit, we are making a change to eat at least 50% of our food organic. I can't help but think what we take into our bodies when animals are treated inhumanely, fruits and vegetables are sprayed over and over with pesticides. I think my turning point was in the store one day. I picked up a package of boneless skinless chicken breast and was actually disgusted at how thick it was. A lot of foods we eat are artificially, chemically, synthetically and genetically produced which can't be good either, right? I've also read a lot of studies where organic foods actually retain more nutrition and are better for you. For example - an apple grown organically has about 25% more nutrition than one that isn't grown organically. At this point in our lives, we aren't able to eat all organic foods due to cost, but I've switched over to only buying organic chicken, beef, and fruits and vegetables where we eat the skins, and eggs. If I find organic milk at a good price, I will buy that too. My hope is that more people see the benefit of buying organic and start doing it. Pricing would go down a lot which would help us eat a lot healthier. I think Marshall is about 50% on the bandwagon but part of him is skeptical. Although I'd love to be 100% organic, I love knowing that we are making some changes.

So we are eating better, and I've actually kept my goal of exercising at least 4 times a week for well over 3 months! I used to be more sporadic, and it feels good to be consistent. Most weeks I workout 5-6 days and I've noticed great gradual changes with my body and energy. I've lost 5 lbs since the beginning of January and am feeling so so good. This last week, I was looking at our summer and what would be happening. In May, I'm heading to Pensacola, FL for a blogger retreat. I will be graduating the end of July, going to Blogher with my sister in NYC the first of August, taking the boys to Disney the 2nd week of August. Here's the part where I decided I might be crazy. I've run a full marathon and it wasn't fun. I've never hurt so badly in my life than I did the last 5 miles of that marathon. However, I think I'm in better shape even now than I was when I ran my marathon. After talking with my brother about how cool the Rock N' Roll Marathons are, we decided to run one in Denver in September. I am so excited and scared at the same time, but I'm signed up! I said I'd never do another one, but I also wanted to be in really great shape before we tried for another baby this Fall/Winter. I know that this will push me to where I need to be. 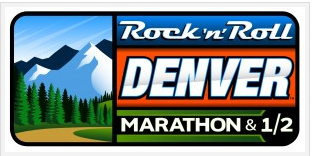 You will do awesome Tiff! I know because anything you set your mind to doing you are amazing at!

Wow, you're amazing! I can't even imagine that! Good luck!

I don't think you're crazy. Have you heard of green smoothie girl? She is amazing - the research that she has put into learning whats good and whats bad for our bodies is mind boggling. I am not quite as over the top as she is - she may be excessive to some, but she's not wrong. I will say, she has changed my life and the way I view food. I like meat more than she does though - but, again, she's not wrong on her almost meatless lifestyle. Meat is one of the MOST hormone packed foods, next to eggs. There are hormones in nearly EVERYTHING we buy and they affect our bodies greatly - she tells exactly how and backs up her findings. You should check her out. Her 12-step program is wonderful and will get anyone with the desire eating healthy in no time.

Anyway, sorry to rant but seriously, she may be what you are looking for. :)

I do think you are a bit crazy to want to run 26 miles, but that's because I hate running :). You will do great and I can't wait to hear all about it.

I think its awesome that you are going organic. Right now we are not in a position to be able to purchase organic all the time, but I try to when I can. I also religiously wash my fruits and veggies with Fit Fruit & Veggie wash and although I know it doesn't get rid of what's inside the food, it rests my mind a little bit more knowing I'm washing off whats on the outside. After a friend recommended watching "Forks Over Knives" on Netflix, we have been trying to cut back on our dairy (buying lots of soy milk now) and meat consumption. It makes me sick to think that we were going through 4+ gallons of milk a week. I've also been trying to do at least one or two vegetarian dishes each week for dinner.

Your kids are truly blessed to have a Mom who is teaching them the right way to eat and how to stay fit. I grew up learning all the wrong ways to eat and exercise is a thing I've never seen my parents do. As a result, I have paid for it in weight problems since my middle school years. Your family will have such an advantage learning how to eat right and exercise. Thank you for being such a good example of health and fitness!

My lifelong goal is to run a marathon... So I should prob start exercising huh? Good luck with training! Can't believe you graduate this July!! Yahoo!