This last weekend, we headed to Boise to watch my niece Moura at a regional swim meet. We don't get to see my sister's family very often, maybe once or twice a year, so it was fun to see them. 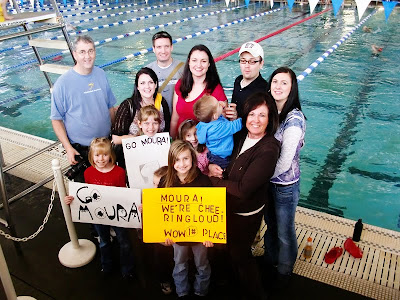 We headed out Friday afternoon and it's a bit longer drive to Boise than what I have done before. 5 1/2 hours without stops, so it took us about 7 hours total. We got there Friday, and checked into our hotel. Avry brought her 3 girls, and my mom and dad were there as well.
At about 1:30 am, some alarm starting going off that woke us all up. Marshall started messing with the alarm clock, realized that's not what it was, and then went to see if it was the thermostat. Just then, a voice came over an intercom saying there was an emergency and to proceed to the nearest exit. It said not to take the elevator. All the while, this loud siren sound was beeping over and over, and the message was being played repeatedly. Nerve wracking to say the least. Panic set in as I thought about how we were on the 11th floor, the very top floor. We pulled the boys out of bed and headed for the stairs. 11 flights of stairs is a lot when you are carrying a child who is almost 40 lbs. 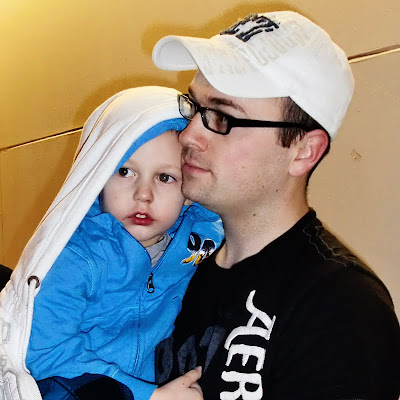 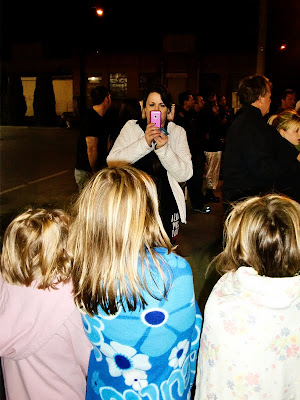 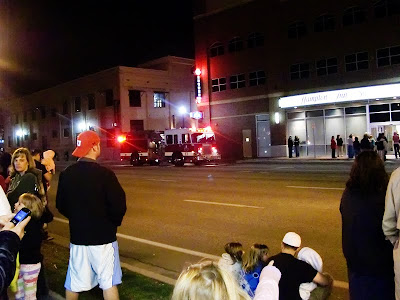 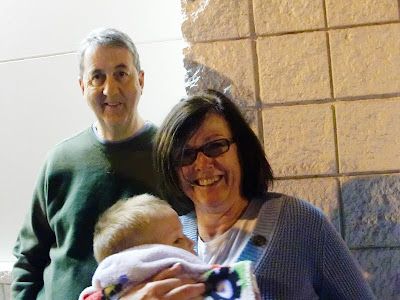 We were evacuated until 2:30 am and then let back into our rooms. We found out the next morning that someone had been playing with the sprinklers in the parking garage and it set the alarms off.
Saturday, we headed to see Moura swim. I did swim a bit when I was younger and then more competitively in High School. The year I qualified to swim 100 yd breast stroke at state, we were at this pool in Boise. I don't really remember it too well though. Moura is awesome, and I've never seen such young kids swim so well. That girl is ALL legs too. She just barely turned 10 a few months ago, and is already standing at 5'3". She was at least 6 inches taller than most kids her age. 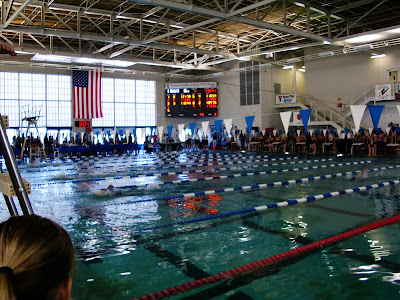 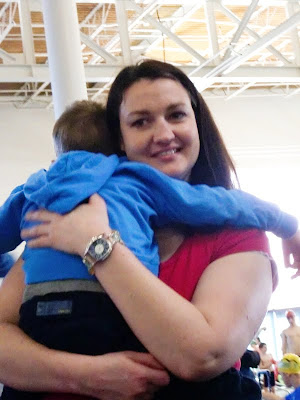 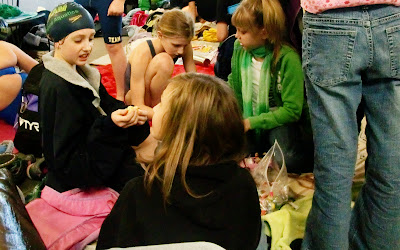 After a few hours, the boys were completely burnt out, so we went back to the hotel for a nap. Then we met up with everyone at the mall. We didn't bring a stroller, so we rented one of the mall ones. My niece Charlise had lots of fun pushing the boys. 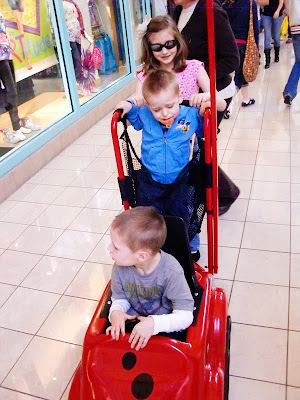 I also had my first go at Sephora, a mega makeup/beauty store. I could have spent hours in there just looking. I think it's a bit unfair that Boise has a Sephora but we don't have one in Salt Lake?!
After that it was off to the cheesecake factory for dinner. Super yummy! 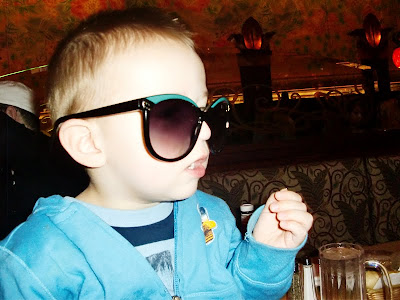 Sunday we went and watched Moura swim one of her last races and then started on the trek home. Because we have such fantastic luck, our car wouldn't start at a gas station when we stopped. (Have I mention that I hate all vehicles lately?) We got someone to jump us, but I guess the battery wasn't the problem and it still wouldn't start. Out of frustration, Marshall moved the battery around a bit and the car magically started. I think some sort of wiring is loose. We made it home ok though and had a great time!
Posted by tiff snedaker at 10:06 AM

I would love to see Moura swim. Sounds like she has great potential. I is wonderful that she has that opportunity.

Fun times in Boise! Thanks for the update.

It sounds like a fun day...didn't know malls rented out strollers.