For Chan's Birthday we headed down to Chuck E. Cheese. Since his Birthday was on Sunday the 1st, we went on Saturday which was also Halloween. He is constantly talking about Chuck E. Cheese so he was thrilled. I found a crazy awesome coupon and we got 100 tokens for $10. Everything is only 1 token so Chan had a hay day. His personal favorite was Ski-ball. Can't say I don't blame him, it is pretty fun. 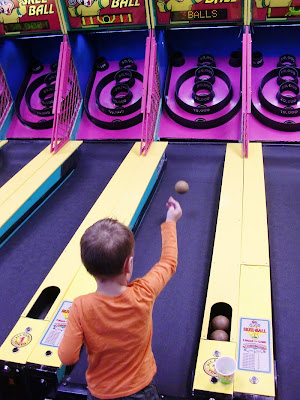 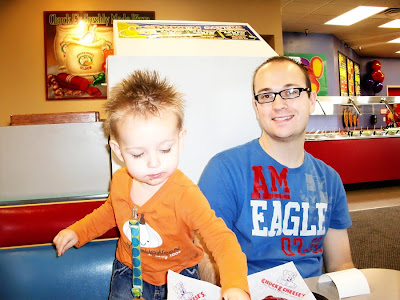 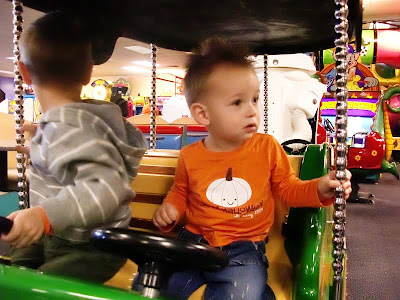 On Sunday, the Birch's came over for dinner, cake and ice cream. Chandler was so happy because he kept asking if Carson was coming for his birthday. Marshall made the cake, which is his mom's recipe, so good. Funny story - Marshall had the cake cooling on top of the stove. Chandler decided that since it was his, he would skim across the top. He took a huge chunk out of it. So Marsh turned the cake upside down, frosted it, and it worked great. I know it doesn't look pretty, but it was delicious. I just don't know how other moms make these incredible cakes. It's just not up my alley. I tried a dragon cake last year. It turned out ok but was a ridiculous amount of work. 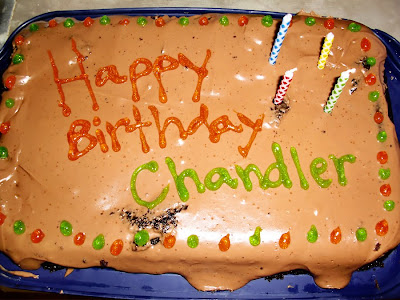 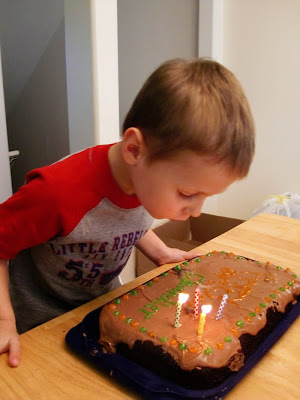 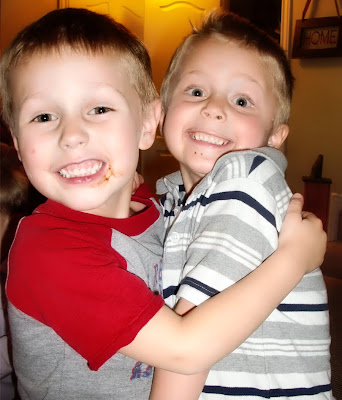 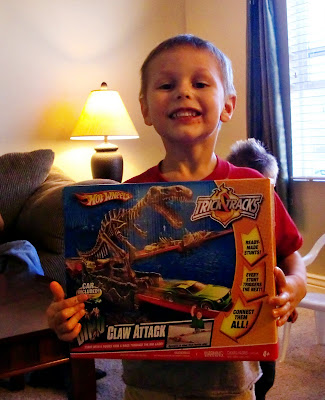 A little bit about Chandler at age 4:

Height - 39 inches (Right around there)

Eats - 2-3 corn dogs in 1 sitting, lots of chocolate milk, chicken nuggets, chinese food (aka Kung Fu Panda Food), and ANYTHING that he can dip in ketchup. We seriously go through a huge bottle every few weeks.

Chandler is such a good boy. He has his moments of melt down, but is very obedient and cute. He is constantly saying funny things and is great at giving hugs and kisses. We are really blessed to have this handsome little boy.
Posted by tiff snedaker at 11:02 PM

AHHHHHHH! Makes a grandma happy:) Just sad I am so far away.

Wow I can't believe he is FOUR! That's crazy...I'm glad he had a fun birthday :) and I'm sure the cake was delicious, who cares what it looks like :)

Wow He is four already! I remember you being preggo with him & calling me 50 times when you were at the hospital in labor with him. You were so frustrated and thought he would never come! Time flies! Happy Birthday little Chan! Love Aunt Avry!!

WOW, he is getting so big! Happy Birthday to Chan!

Fun times! I still laugh when I think of Carson saying that Marshall's cake was "the best cake in my whole life"...it was a super yummy cake.

Love the pictures of the boys! Hey if the cake tastes fantastic, in my opinion, it doesn't matter so much what it looks like!