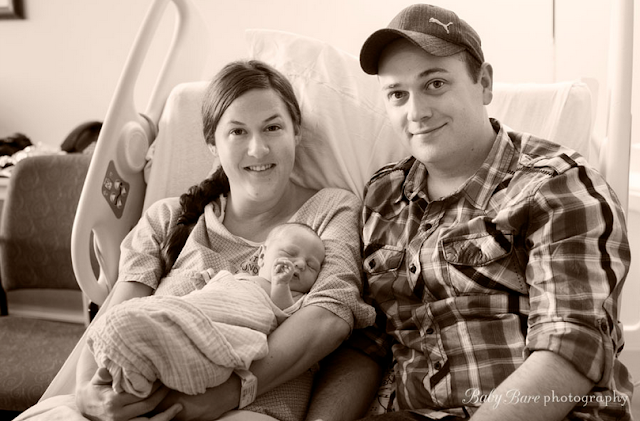 Nova will be 4 weeks old tomorrow which is wild to me.  The postpartum stage is such a hard one.  You're on this high of just having a baby and then the pain and reality of real life settles in.  Don't get me wrong, I'm incredibly grateful, it's just a hard transition.  This time around I've had a lot of pain.  It's more than I remember in the past but then again my last c-section was 5 1/2 years ago.  Nighttime seems to be hard after I've been active during the day and I find myself really sore with sharp shooting pains.  It gets better day by day, but I'm ready to feel normal again.  I've also had a lot of migraines.  My weird neurological migraines where I get an aura and everything goes numb.

I had a 3 week post op visit this last week.  I was wanting to talk to him about my pain, my migraines and birth control options.  I was supposed to see my OB but he had a funeral to go to so I had to reschedule with a nurse practitioner.  It was an awful visit.  I waited a half hour in the waiting room and another half hour in the exam room, undressed.  I wasn't in good spirits when she came in.  I told her that I was still having a lot of pain at night and asked if there was anything else I could take for pain besides ibuprofen.  She immediately interrupted me and said she would not be giving me sleeping pills because I had a baby to get up with.  I told her I didn't want sleeping pills, but something for pain.  Then she proceeded to tell me this was all part of "mothering."  She made me feel dumb.  I'm not a first time mom, it's not part of mothering, it's part of a c-section recovery.  Then she asked what I wanted and said if she gave me something for pain that I had to break them in half so I would be able to function.  So first she doesn't listen, then she's funny with me like I'm drug seeking.  I broke down and started crying.  Told her she didn't know me.  Didn't know my history.  I felt like she wasn't listening and was making assumptions.  She seemed taken aback and said she was just "trying to get through her day too."  I was even more mad that she would make it about her when I was the patient.  Call me selfish, but she was pushing all the wrong buttons of a woman who had just had a baby 3 weeks prior.  I told her I wanted her to leave so I could get dressed and go.  That I didn't want anything from her.  She told me she was going to go find another provider.  I got dressed and left. I didn't even talk to her about my migraines to see if they were hormone related or about birth control. I was sobbing and tried to get to the car as fast as I could.  I had Rowan and Nova with me and I think Rowan wondered what was wrong.  I sobbed on the phone to my sweet husband and thankfully he listened and was supportive.  He was actually proud of me for sticking up for myself.  I'm a very non confrontational person and will avoid confrontation at all costs.  I'm not sure what got into me and why I fired back, but I'm glad I did.

My OB called me a few days later.  Apologized and said his mother died.  Got my story on what happened.  He said sometimes as providers they go through their routine and don't realize they aren't listening but that didn't excuse how she made me feel.  I cried on the phone to him and he was patient and listened.  We chatted for about 15 minutes.  He told me I'm probably still having so much pain because of all of the scar tissue that he cut out.  It was more than he normally sees so he said my uterus probably gets inflamed at night after being active all day.  He prescribed me something for the pain and also said that if I had more migraines to call and he'd get me in.  He said it could be a lack of estrogen and they could put me on a low dose estrogen patch.  He seemed genuinely concerned and said that he would see me at my 6 week visit.  I thought it said a lot for him to call me and I'm glad to have an OB that cares.

For now, I still feel like I need to take it a day at a time.  I'm not 100%, more like 80%.  I'm really blessed that Marshall had 2 1/2 weeks off of work, but it's been hard trying to cook and clean and take care of everyone while I'm still not 100%.  I've had good neighbors and friends bring meals in which I also appreciate.  I think sometimes you realize who really cares and who are your real friends when you need them.

Nova is doing so well.  She is getting really chunky and I'm thinking she's over 10 lbs now.  She's starting to grow out of some of her 0-3 month clothes already and has the cute fat rolls around the tops of her legs.  Her cheeks are somehow getting bigger too, it's so cute.  She really is a very good baby.  Doesn't cry much, loves to be held.  She's sleeping 3-4 hour stretches at night which is really nice.  If we keep her up for a while in the evening, she does really well at night.  She is nursing most of the time but we give her a bottle of pumped milk every other day just so that she will take a bottle.  She's also going to be a paci baby like Rowan was and loves her pacifier.  She's starting to focus on things and will follow you with her eyes.  We're waiting for the first smiles to come and I'm sure that will happen in the near future.   She loves the bath and will kick and kick while in the warm water.  I wish I could pause time so she didn't get bigger. 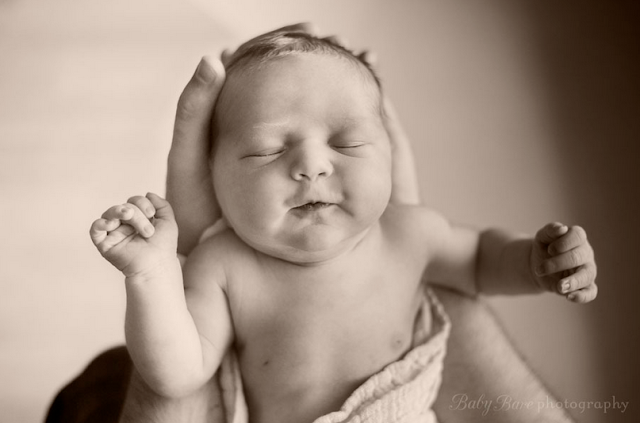 The boys love her so much.  You would think the novelty would wear off, but the first thing they do when they get home from school is check to see what Nova is doing.  They like to talk to her and hold her.  I still don't think they grasp the whole we have a sister, she's a girl thing.  Rowan said when she grows up, she will get a penis like him.  I tell him no, she is a girl.  Then last night, Chandler asked when she wouldn't just have a bum anymore.  All of her anatomy just looks like a big bum, I'd never thought of it that way, pretty funny.  I guess when all you have for years and years is a brother, girl anatomy doesn't make a lot of sense.

So that's our update for now!
Posted by tiff snedaker at 2:52 PM

I'm so sorry Tiffany! It is always REALLY hard after you have a baby. You get special treatment at the hospital and help for the first little while but then you're on your own and it's hard to adjust! That appointment sounds AWFUL! How insensitive. I had to wait around at some of my appointments, undressed, and remember being so mad. I'm sorry you were treated that way! The stuff your boys said about Nova crack me up. I'm glad they love her so much!

I am way out of the blogging world, but thought to look over here for some pictures of your baby. Postpartum is not for wimps. parenting in general is not for wimps, but the postpartum time is so difficult. I am glad you stood up to the NP. You should have reminded her that you are also a healthcare professional and that she should not be making it about her. LOL
No really, the postpartum time really sucks. I have no idea what kind of physical pain is involved with a C-section. I only know about brain chemicals being majorly off. ;) Continue to take it a day at a time!