I wasn't around for much of the Easter weekend this year, it was mostly Marsh and the boys.  I had to work 12 hour shifts on Saturday and Sunday.  The week before, we got the boys new bikes.  We didn't bring them from the Easter Bunny because we don't want them to have certain expectations every year. So instead, we gave them the bikes early from mom & dad.  The boys were thrilled and have had so much fun with their new bikes.  I will have to get a picture of them on the bikes.

The Easter Bunny came to our house on Saturday.  Chan & Rowan left juice boxes and carrots out for him as well as a note that Chandler had written.  The Easter Bunny filled their baskets with treats and small toys. 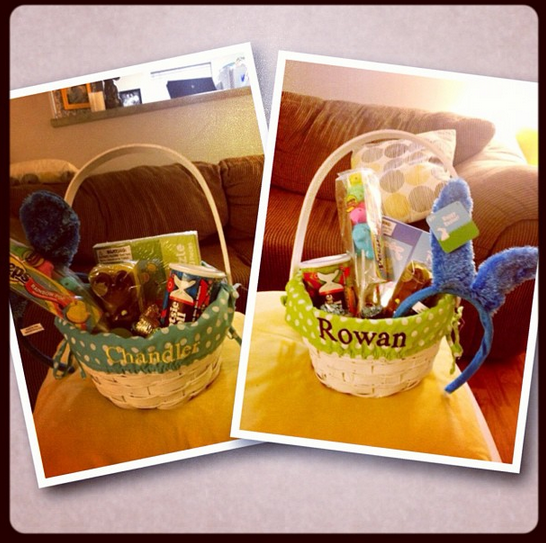 When they woke up, they also discovered he had hidden eggs around the house.  Later that day, Marshall took the boys to the Easter Egg hunt at a local park.  Marsh said it was crazy and very unorganized. Tons of parents were frantically looking for their kids. He wouldn't take them again. 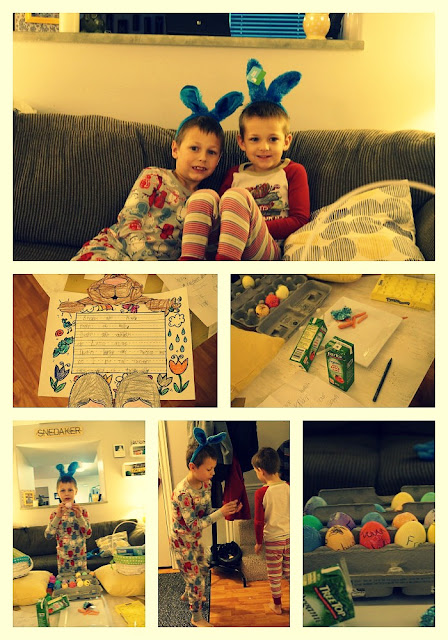 Easter Sunday, I made Marsh promise to get some pictures of the boys in their new Easter outfits.  This was the best one of the two of them together. 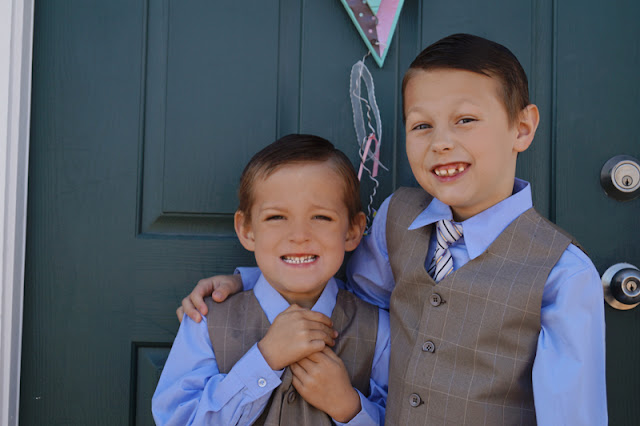 I love this shot of Chandler. 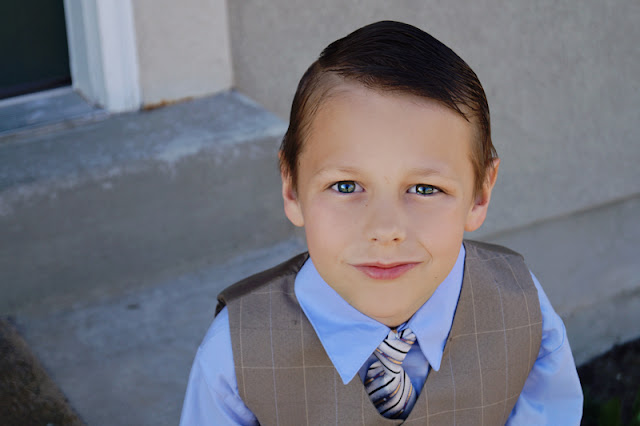 Needless to say from the following pictures, Rowan wasn't in the picture taking mood.  When I was going through the shot Marsh took, all of them looked like this.... 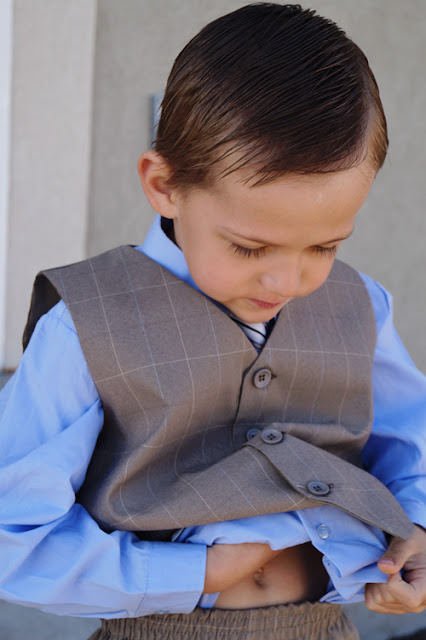 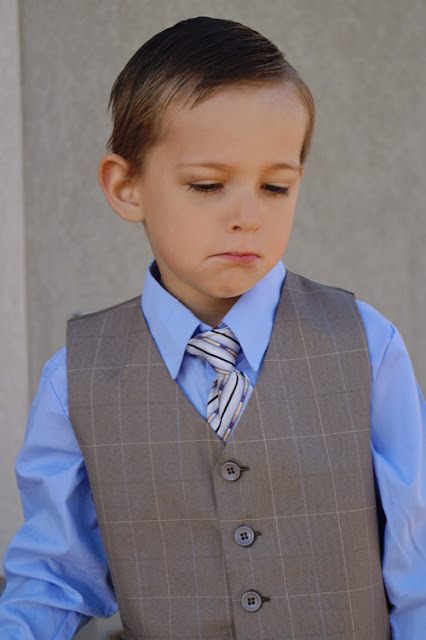 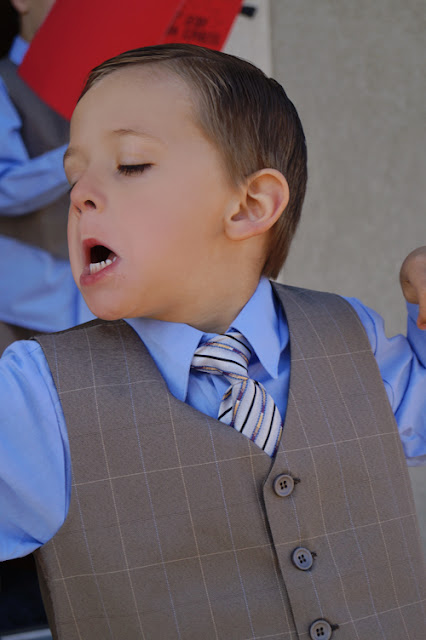 That's too bad you had to work most of Easter weekend! Always a bummer to miss out on those fun times. Looks like your boys had a blast though and I love their handsome Easter outfits!

I agree with Marshall, the egg hunt was crazy. We were one of those parents frantically looking for our child and Jeff said we will not be going back next year. Such handsome little men you have!