This Fall Chandler played soccer!  I think it's been his favorite sport that he's played this far.  I think the rules seemed more simple and where he's getting older, it's easier to catch on to.  It's a lot of fun to watch him play sports at this age.  He loved playing goalie and although he struggled with it a bit a first, there were other times that he blocked every goal.  He had some good breakaways with the ball, and had a great season overall.

Going after the ball! 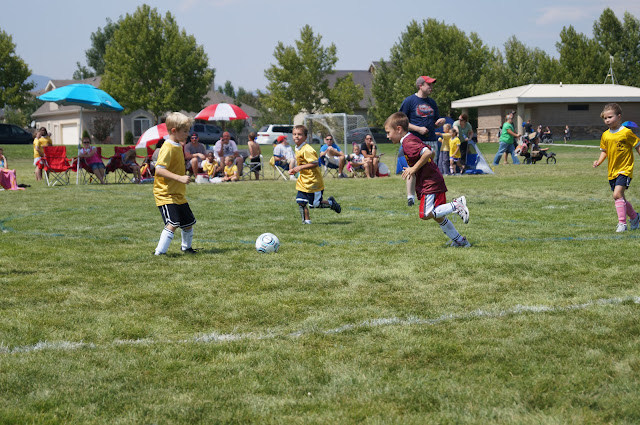 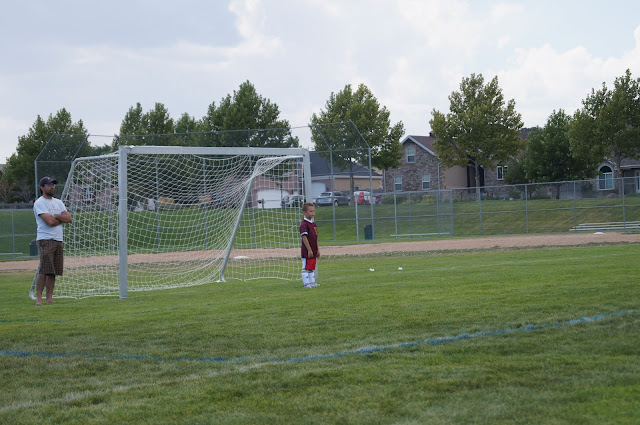 Spiderman Watches from the sidelines and cheers on his brother 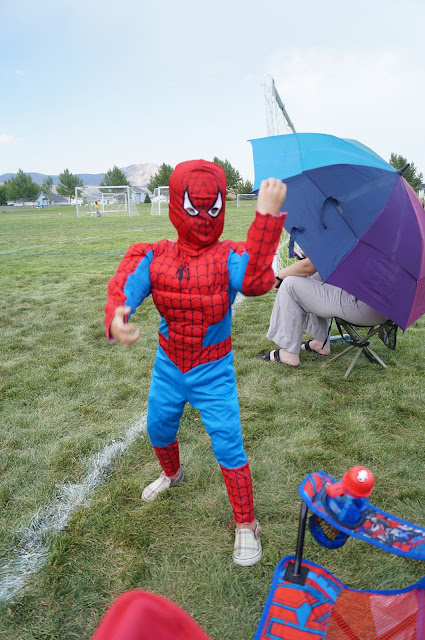 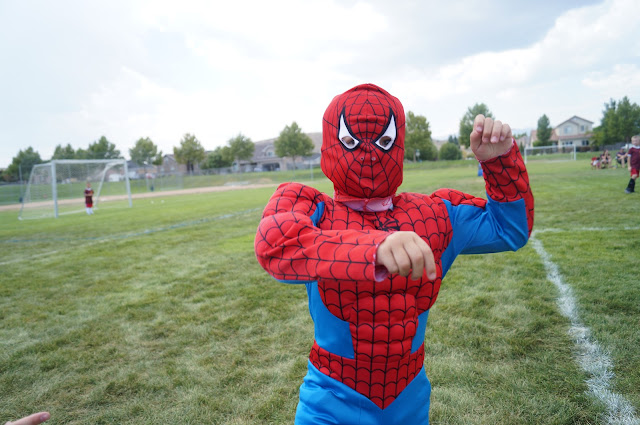 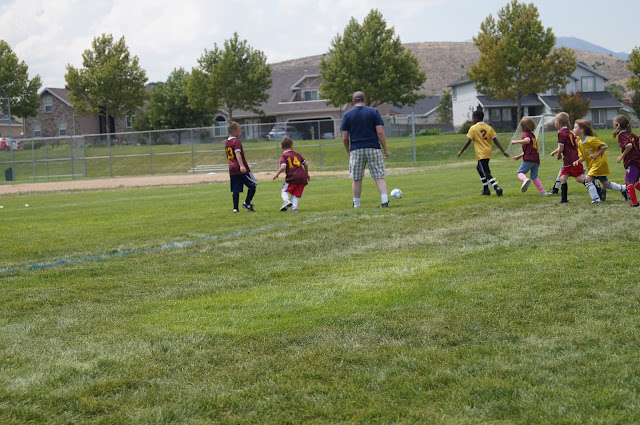 Spiderman decides to go for a bike ride, can you spot him? 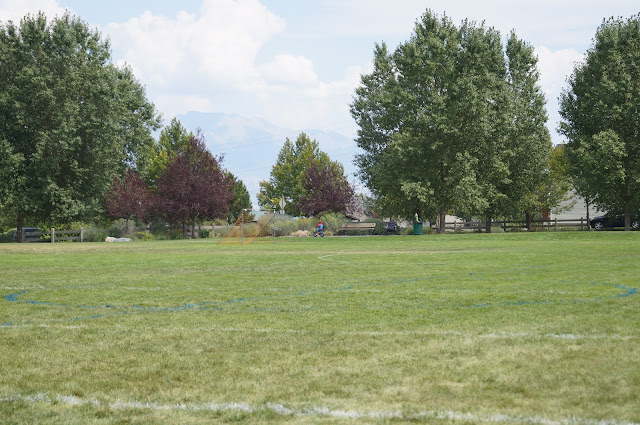 So fun! We still haven't let Jordan try out soccer yet. It was that or football and he chose football this time! Looks like he loves it and spiderman is adorable.

oh I lost it when I saw your spiderman riding a bike! I wonder if I could get away with that... nah, I would be committed for a week.
Your Rowan is so funny. And the other parents probably enjoyed the halftime entertainment.